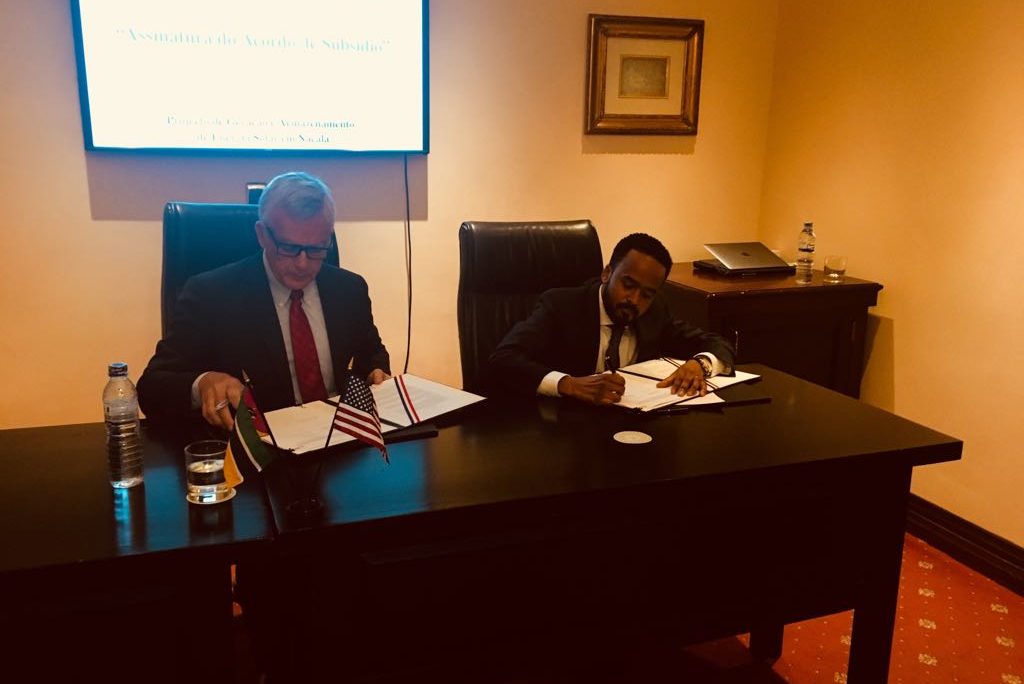 Ambassador Dean Pittman, U.S. Ambassador to Mozambique, signed the grant on behalf of USTDA along with Mr. Carrilho at a ceremony in Maputo, Mozambique.

USTDA Awarded Funding for Solar and Storage project in Mozambique

August 28, 2018 – The U.S. Trade and Development Agency (USTDA) awarded a grant today to Mozambican company WHN Solar, S.A. for a feasibility study to assess the viability of a solar photovoltaic plant of up to 100 megawatts. The plant would be developed in increments of 20-40 MW and include an associated energy storage facility located on the property of Nacala International Airport in Nampula Province in northeastern Mozambique.

The study supports the development of the Mozambican grid in the Nacala region, which suffers from a lack of sufficient generation capacity and stability issues.  The energy storage component of the project can help stabilize the grid. WHN Solar selected HDR International, Inc. (Omaha, NE), a multidisciplinary engineering, environmental, and consulting firm, to conduct the feasibility study.

“We wish to thank USTDA for its contribution to the development of this pioneering project,” said Ntanzi Carrilho, Executive Director and CEO of WHN Solar. “With USTDA’s support, we hope to improve the quality and security of power supply in the region, with a positive impact on local communities.”

Ambassador Dean Pittman, U.S. Ambassador to Mozambique, signed the grant on behalf of USTDA along with Mr. Carrilho at a ceremony in Maputo, Mozambique.