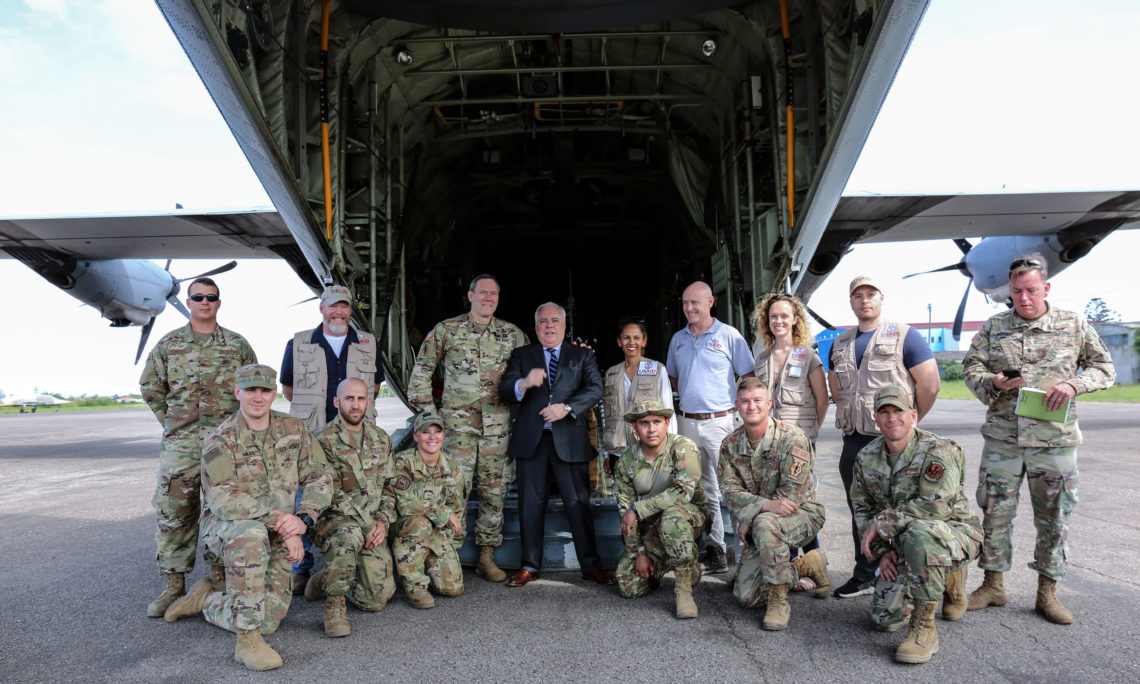 March 27, 2019 – Maputo – At the request of the U.S. Mission to Mozambique and in response to an international appeal for assistance from Mozambican President Nyusi, the United States Government, through the Department of Defense, has begun delivering critical support to Mozambique to help people affected by Cyclone Idai.  This support is a part of the overall humanitarian response efforts in the areas hardest hit by the devastating storm, augments, and is closely coordinated with, the ongoing response to the disaster by the Government of the Republic of Mozambique.

U.S. military and commercial aircraft will continue arriving in and travelling throughout Mozambique in the coming days to deliver humanitarian relief commodities.  These commodities support the U.S. Government, Mozambican, and wider international community response.  Meeting with U.S. military personnel accompanying the first of these military cargo aircraft to arrive in Mozambique, U.S. Ambassador to Mozambique Dennis W. Hearne expressed his appreciation for their support to the U.S. mission’s overall disaster response effort.  He underscored that working in close collaboration with the U.S. Embassy, the U.S. Agency for International Development (USAID) Disaster Assistance Response Team, and our Mozambican and international partners, he was confident that U.S. military service members would contribute to saving lives and alleviating suffering in Mozambique’s central provinces..

Cyclone Idai has left more than 1.85 million people in need of assistance.  To help meet the most critical humanitarian needs, these airlifts will include vital food, shelter, and water, sanitation, and hygiene supplies to help people in areas hardest hit by the cyclone.