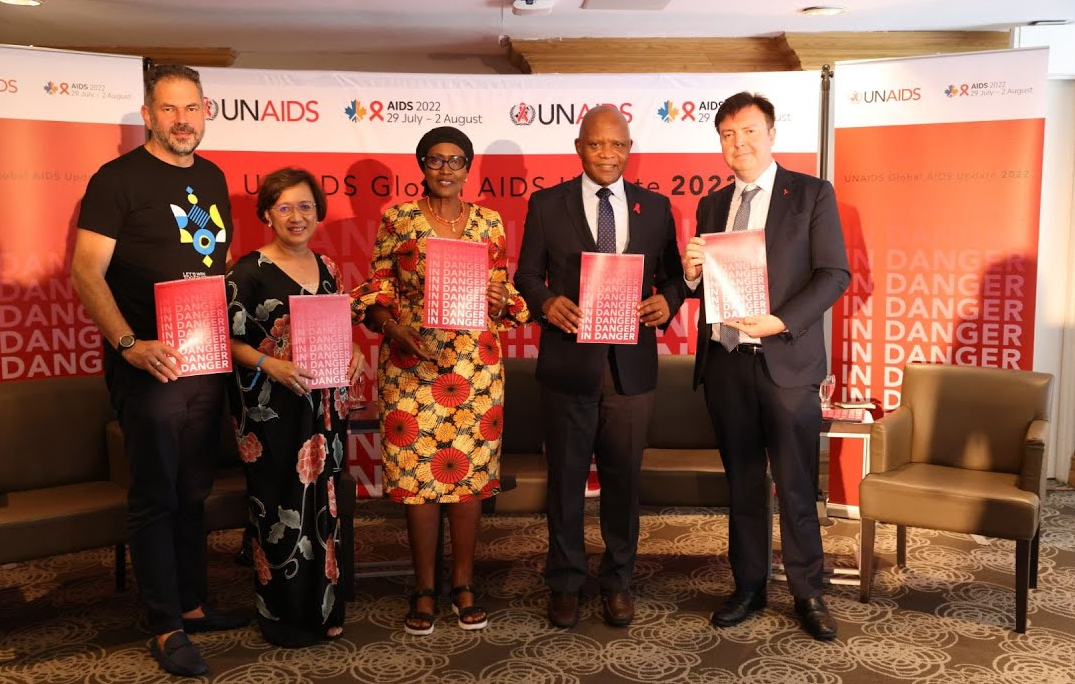 During the release of the Report, The United States (U.S.) Global AIDS Coordinator, John Nkengasong, reiterated the U.S. Government’s commitment to continue collaborating with UNAIDS and other relevant stakeholders to control the pandemic by 2030.

The Joint United Nations Programme on HIV/AIDS (UNAIDS), released the report “IN DANGER: UNAIDS Global AIDS Update 2022” on the sidelines of the International AIDS Conference, taking place in Montreal, Canada and virtually since July 29.

The document reveals that progress in HIV prevention and treatment is fluctuating around the world, putting millions of people in serious danger. Eastern Europe and Central Asia, Latin America, the Middle East and North Africa have seen annual increases in HIV infections over several years. In Asia and the Pacific, UNAIDS data now shows that new HIV infections are increasing where they had been decreasing. For this reason, the organization argues that action is urgently needed to address the inequalities that lead to AIDS in order to prevent millions of new HIV infections this decade and to end the AIDS pandemic.

PEPFAR maintains that no single entity alone can end AIDS. Hence, through close collaboration and partnerships, PEPFAR has made significant progress toward ending HIV as a public health threat. The last mile is the biggest challenge but staying focused and working together towards the common goal of ending AIDS by 2030 is the path to success.