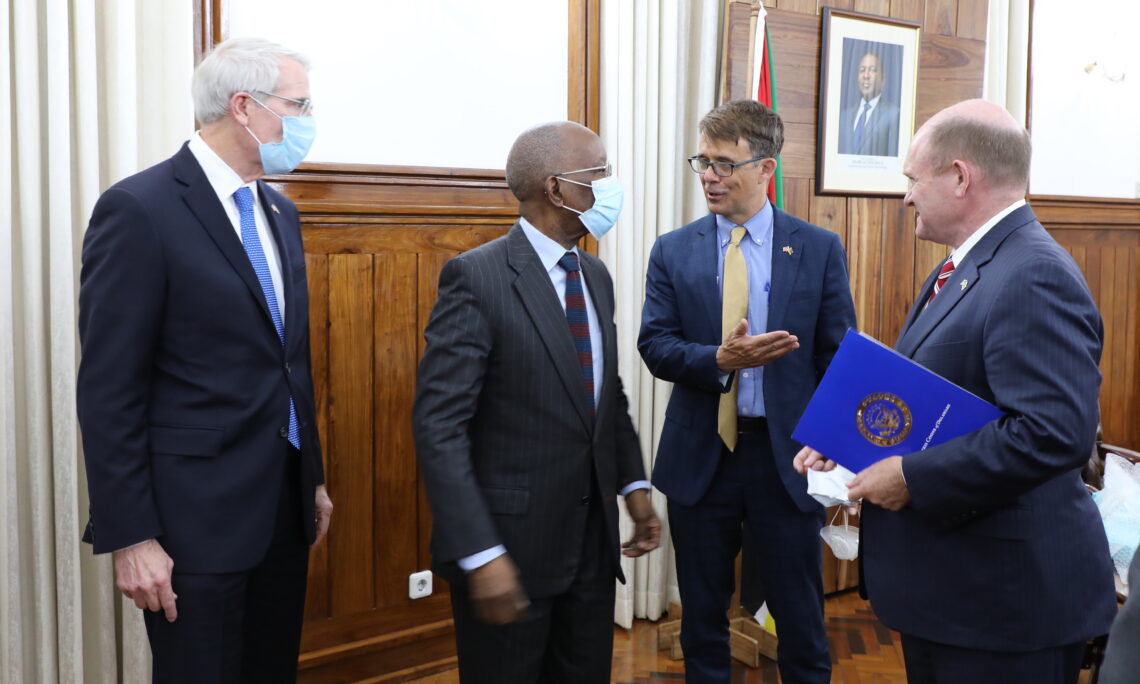 August 17, 2022 – From August 16-17, six members of the U.S. Senate and House of Representatives visited the Republic of Mozambique to deepen the U.S.-Mozambique relationship in the areas of peace and security, democracy, environmental conservation, business, and health.

“This bi-partisan congressional delegation visit to Mozambique is yet another example of the multi-dimensional U.S.-Mozambique friendship and partnership, which spans decades,” said U.S. Ambassador to Mozambique Peter H. Vrooman.

“It was great to discuss cooperation on economic development, countering violent extremism, and international conservation with our partners in Mozambique,” said Senator Christopher Coons (D-DE).  “Mozambique is at the forefront of the U.S. Strategy for Sub-Saharan Africa.”

On August 16, the delegation visited the Bazaruto Archipelago National Park in Vilankulo, Inhambane province where they met with leaders in Mozambique’s wildlife conservation efforts – ANAC, African Parks, Marine Megafauna Foundation, and the Greg Carr Foundation – and community leaders invested in protecting the unique maritime ecosystem.  Under the co-management of African Parks and the Government of Mozambique, Bazaruto Park has become another example of how effective park management can improve the livelihoods of local communities, preserve critical reserves while attracting tourists and increasing jobs, and safeguard biodiversity.

Protecting wildlife, improving natural resource management, and promoting community involvement in conservation efforts in and around protected areas are critical components of the broader U.S. Government assistance in Mozambique. In close collaboration with the Government of Mozambique, the United States provides more than $500 million in annual assistance to help Mozambicans build a healthier, more democratic, more secure, and more prosperous county for all.