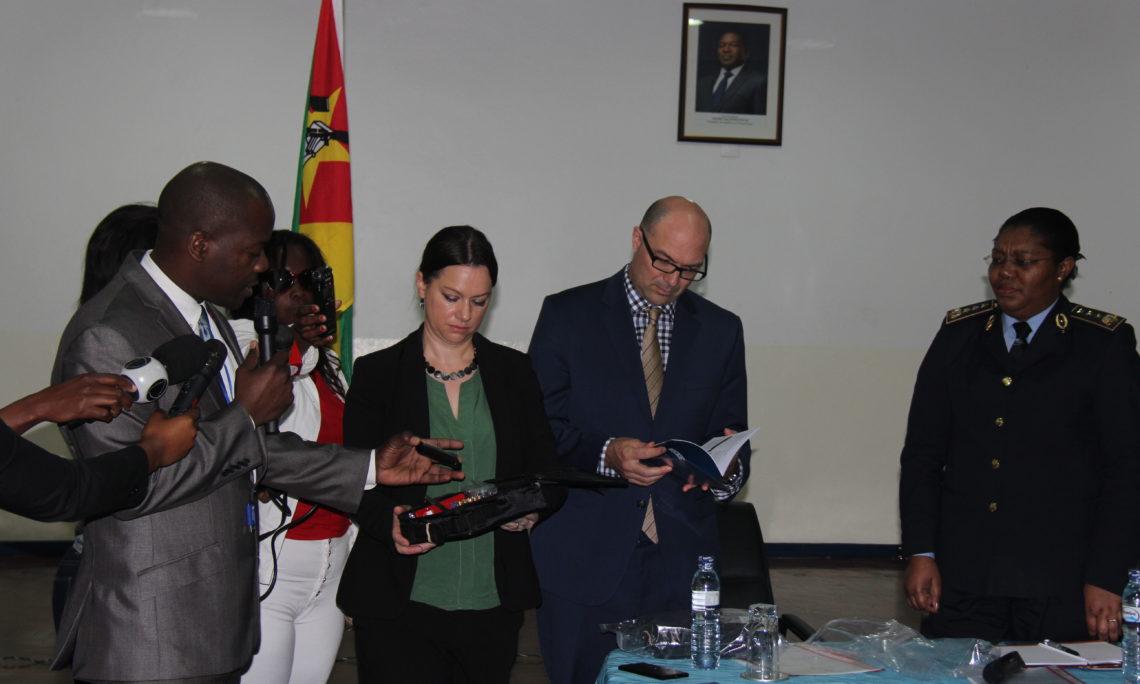 July 7, 2017 – The U.S. Embassy joined the Director of the Mozambican National Immigration Service (SENAMI) and the head of the Maputo office of the International Organization for Migration (IOM) in a handover ceremony marking the transfer of U.S.-funded equipment for use in verifying travel documents at border control points in southern Mozambique.

The equipment is just one element of a larger ongoing integrated border management capacity building program funded by the United States and implemented by the IOM.  The overall project includes a comprehensive assessment of capabilities and needs in border management, development of standard operating procedures to enhance interagency communication and cooperation in border management, and provision of training and equipment.  This program is strengthening Mozambique’s ability to protect its national borders and combat transnational organized crime.  As Mozambique’s economy grows and becomes more interconnected with the region and the world, the flow of people and goods into and out of the country is increasing as well.  This project will help ensure Mozambique’s ability to control its borders and maximize the benefits of this growing interconnectedness while combatting illicit flows of people and goods.

This project is an example of the United States’ comprehensive partnership with the Government of Mozambique – often working with other partners such as the IOM – to support economic prosperity, counter transnational criminal threats, and strengthen government and democratic institutions.