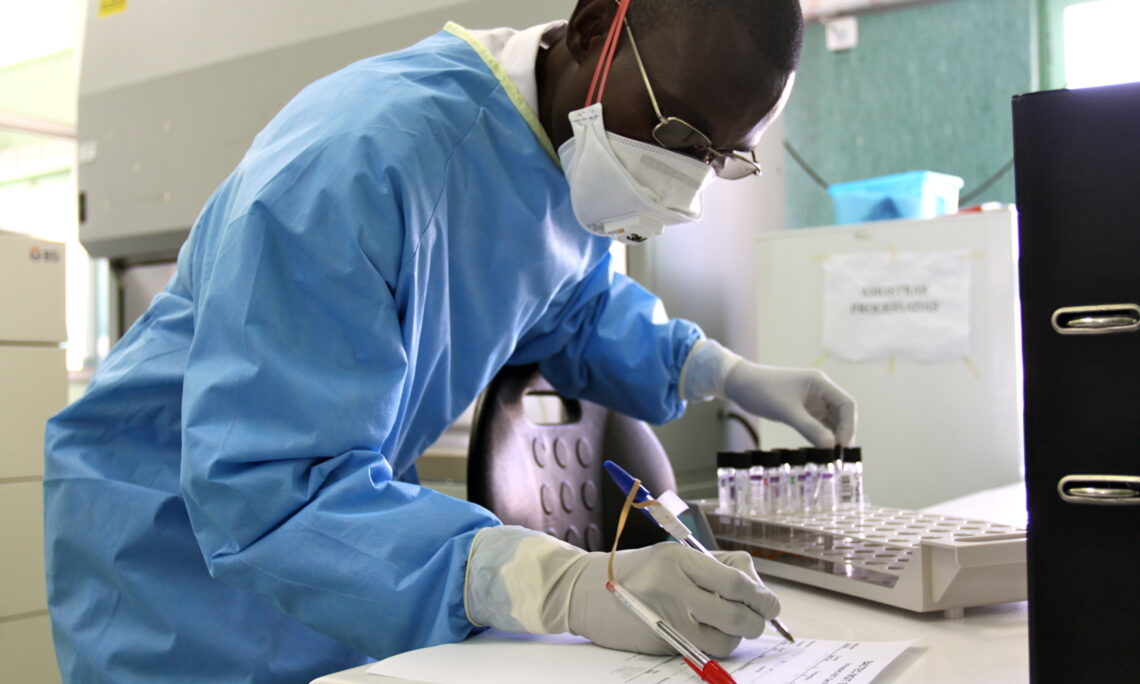 June 4, 2021 – June 5, 2021 marks the 40th anniversary of the publication of the U.S. Centers for Disease Control and Prevention (CDC) report that identified the first five cases of what would be known as the Acquired Immune Deficiency Syndrome (AIDS) epidemic. On this anniversary, the U.S. Embassy remembers the lives of the 32 million people around the world who have died from AIDS since 1981 and celebrates the progress in the global response to the Human Immunodeficiency Virus (HIV) that will bring the epidemic under control.

In the June 5, 1981Morbidity and Mortality Weekly Report (MMWR), a team of CDC epidemiologists reported cases of pneumonia (Pneumocystis carinii) in five previously healthy men from the Los Angeles region, two of whom had already lost their lives. The publication of the report called attention to similar cases throughout the United States and the world, and the global medical and scientific community subsequently united to identify the HIV and classify HIV/AIDS as a pandemic. The report also laid the foundation for a global response to the pandemic, specifically the development of antiretroviral treatment, which is essential to reduce morbidity and mortality associated with AIDS, and to prevent new HIV infections.

About 38 million people are living with HIV worldwide, of which 25.4 million are receiving antiretroviral treatment. Through the U.S. President’s Emergency Plan for AIDS Relief (PEPFAR), the U.S. Government supports the provision of antiretroviral therapy to about 17.2 million people living with HIV in more than 50 countries, including Mozambique.

Since 2004, the U.S. Government has invested more than $3 billion in HIV-related assistance in Mozambique, through a strong partnership with Mozambican health authorities. These funds support HIV prevention interventions such as testing, condom use, voluntary medical male circumcision, and HIV pre-exposure prophylaxis, as well as specific outreach for prevention with key and vulnerable populations. U.S. assistance also provides antiretroviral medicines, supplies, and equipment essential for the provision of care and treatment to about 1.3 million people living with HIV in Mozambique.

While Mozambique has made substantial progress in the response to HIV, approximately 2.1 million people are living with HIV in the country and each year about 30,000 Mozambicans continue to die from AIDS-related causes. With widespread availability of HIV care and treatment services, these deaths can be prevented. The U.S. Government is committed to continuing its work with Mozambican health authorities to achieve an AIDS-free generation, ensuring no lives are lost to the disease.

PEPFAR is implemented in Mozambique through the CDC, U.S. Agency for International Development, Department of State, Department of Defense, Peace Corps, and the Human Resources Services Administration.