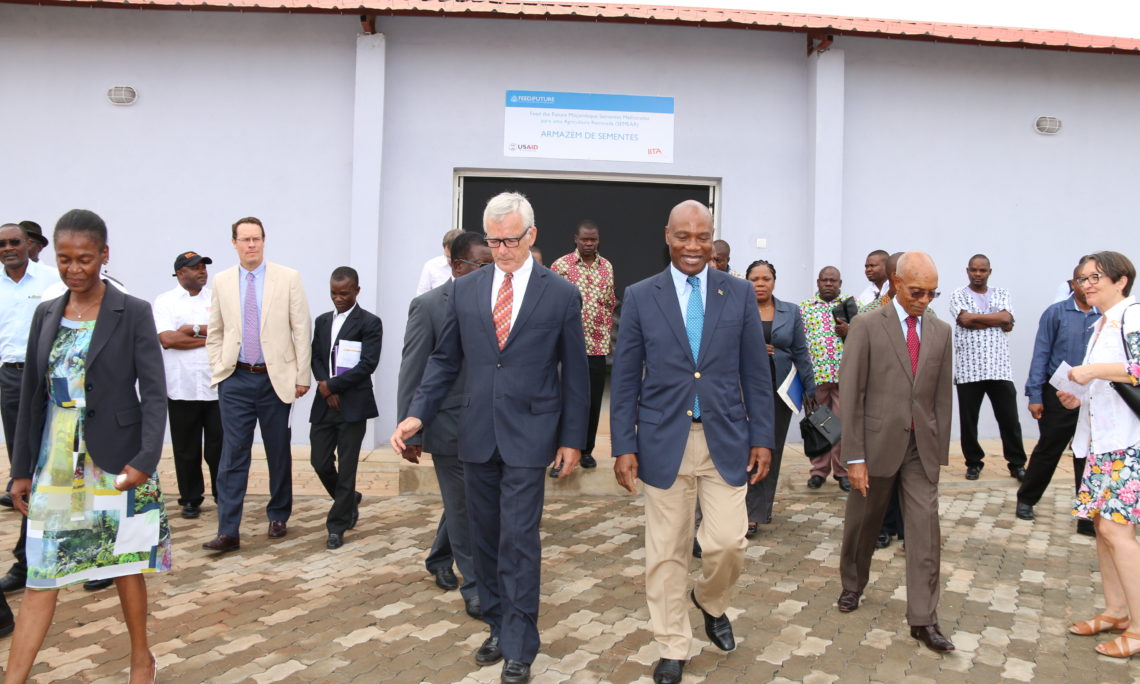 The Ambassador of the United States of America to Mozambique, Mr. Dean Pittman, visited Nampula Province from 8th to 9th of May 2017.

The U.S. Ambassador launched $38 million in new agricultural investments from the U.S. Government in support of Mozambican farmers and agribusinesses. These programs are targeted specifically to help smallholder farmers in Nampula and Zambézia, which have the highest rates of stunting and poverty in the country.

During his stay in Nampula, the Ambassador met with the Nampula Governor, Victor Borges, the Mayor of the Municipality of Nampula, Mahamudo Amurane, and inaugurated the (1) new research facilities of International Institute for Tropical Agriculture (IITA) and celebrated the IITA’s 50 year anniversary, (2) launched the Feed the Future Mozambique Expansion of the Viable Sweet Potato for Africa (VISTA) activity, and (3) launched the new the Feed the Future Mozambique Resilient Agricultural Markets Activity (RAMA) – Nacala Corridor.

Ambassador Pittman visited also some USG-funded projects implemented in the province of Nampula.