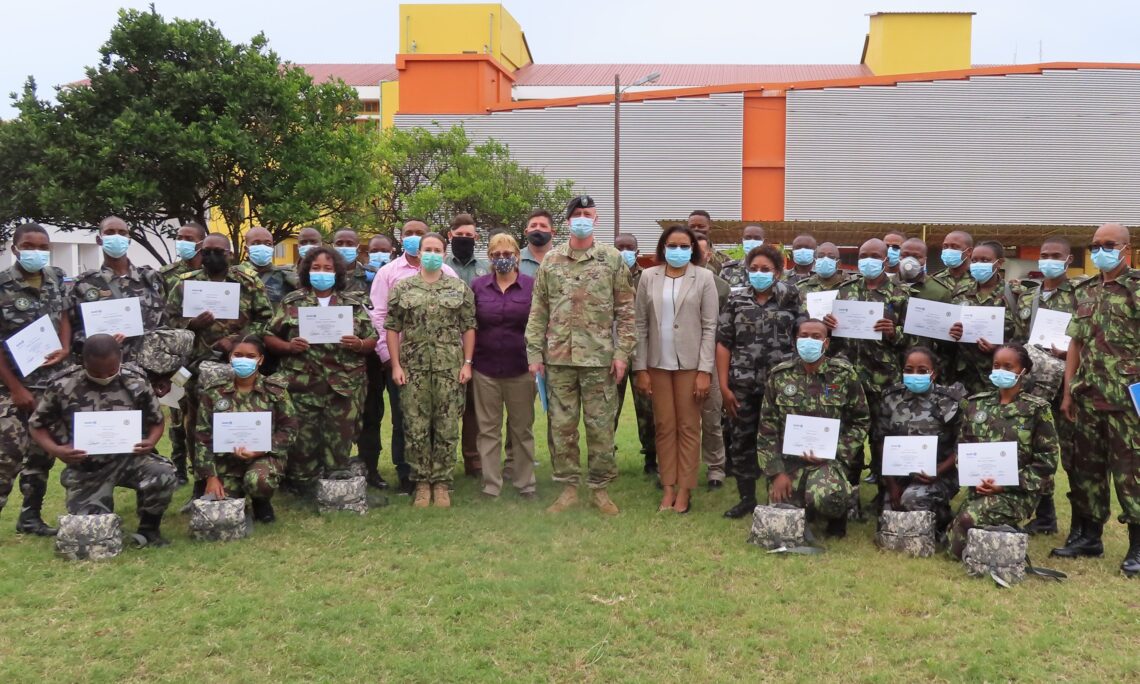 The TCCC program trained 26 medics, nurses, and physicians on emergency medical care during conflict situations.  In the CLS program, 14 soldiers from all branches of the Mozambican military learned how to administer emergency medical assistance to fellow soldiers injured while fighting.

The trainings will allow Mozambican soldiers and medical professionals to treat injuries and prevent massive bleeding, the leading preventable cause of death on the battlefield.  The U.S. Department of State funded the two programs, which include $730,000 in training equipment to allow newly certified Mozambican instructors to replicate the course throughout the country.

This training program shows the United States’ commitment to a strong partnership with Mozambique.  In close collaboration with the Government of Mozambique, the U.S. Government provides more than $500 million in annual assistance to improve the quality of healthcare and education, promote economic prosperity, and support overall development and regional security.