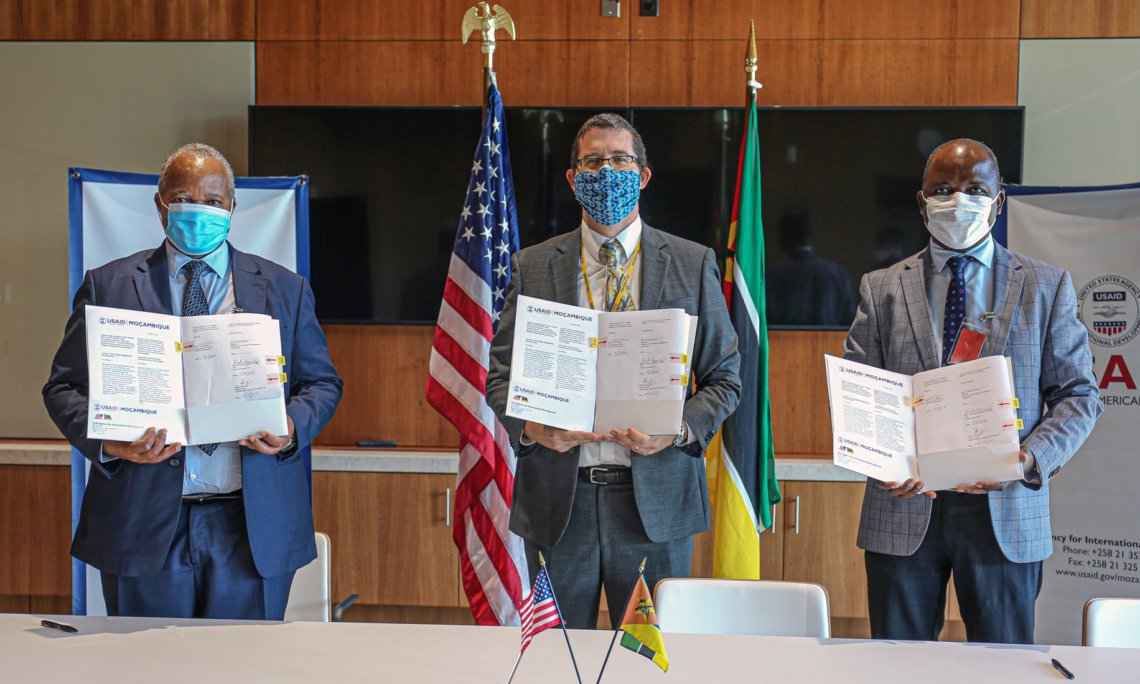 March 15, 2022 – The U.S. Government, through the United States Agency for International Development (USAID), announced new support for bridge construction and road repair in Cabo Delgado. The repairs and construction will allow safer travel between the province’s southern and northern districts, foster economic growth, and improve access for humanitarian assistance. The work will focus on the portion of R698 connecting Montepuez and Mueda, which serves as a key travel and transport corridor for surrounding communities, especially those residents displaced by terrorism and natural disasters.

The Government of Mozambique’s National Road Administration (ANE) estimates that 14 roads in Cabo Delgado were severely damaged, and seven bridges collapsed due to Cyclone Kenneth.  In response, USAID signed an agreement with ANE and Road Fund (FE) in order to begin construction of a bridge over the Mueda River, road paving, and significant road drainage improvements to prevent future erosion.

During the March 9 signing of the agreement with ANE and FE, USAID Deputy Mission Director Martin McLaughlin said, “The U.S. Government is proud to assist in the rebuilding of critical Cabo Delgado infrastructure, which means more than smoother roads and stronger bridges.  It also means the people of Cabo Delgado will have better access to essential supplies, can get their goods to market, and travel more easily to safe areas.”

USAID is investing $2.3 million over the next two years in critical infrastructure improvements in northern Mozambique. Support for disaster recovery and resilience programs aimed at meeting the immediate needs of affected communities are critical components of the broader U.S. Government assistance in Mozambique. In close collaboration with the Government of the Republic of Mozambique, the U.S. Government provides more than $500 million in annual assistance to help Mozambicans build a healthier, more democratic, more secure, more prosperous country for all.