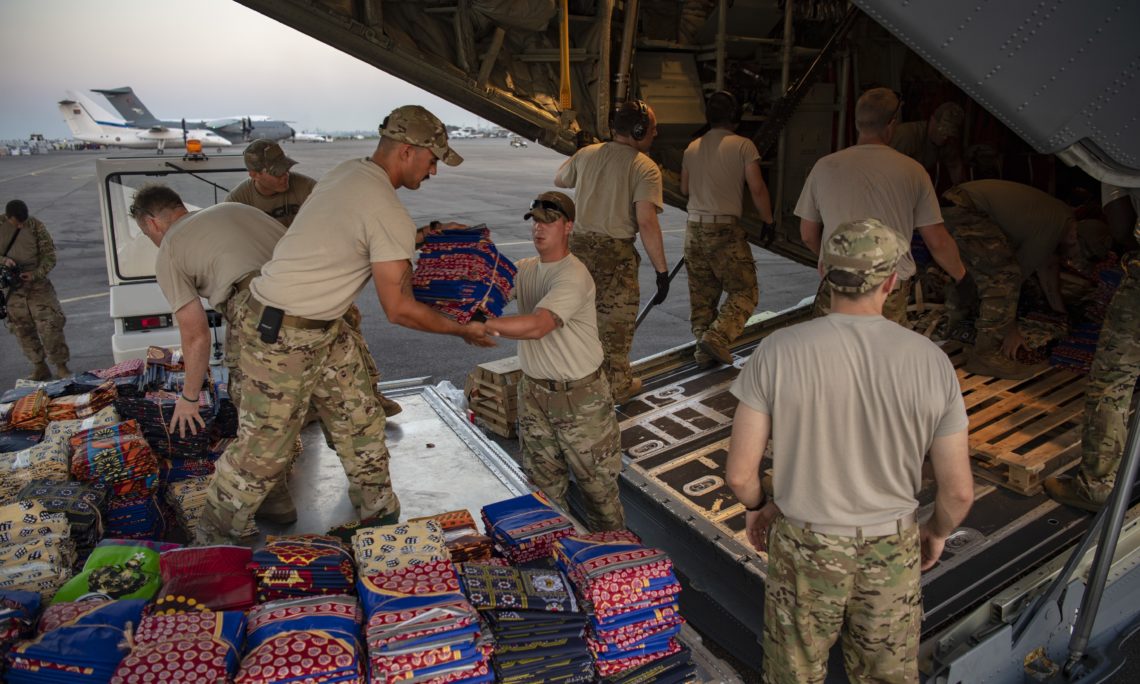 April 1, 2019 – Beira – In coordination with the Government of the Republic of Mozambique and international partners, the United States Government has to date delivered 125 metric tons of relief supplies via military aircraft to areas affected by Cyclone Idai.  The U.S. military has flown fifteen missions using C-130 Hercules, C-17 Globemaster, and C-12 Huron aircraft to move critical commodities and personnel associated with assistance efforts.

To help prevent the spread of waterborne diseases such as cholera, the U.S. Government is working with the international nongovernmental organizations World Vision and CARE to deliver safe drinking water and hygiene supplies for 150,000 people, with more supplies on the way.

The U.S. Mission to Mozambique, coordinating through the U.S. Agency for International Development’s Disaster Assistance Response Team (DART) and supported by the U.S. Africa Command, will continue working with our Mozambican government and international partners to provide the immediate assistance required to preserve and protect the lives of Mozambicans in the areas affected by Cyclone Idai.  The People of the United States stand with the People of Mozambique to respond to this disaster, and to rebuild the lives of those affected by Cyclone Idai.