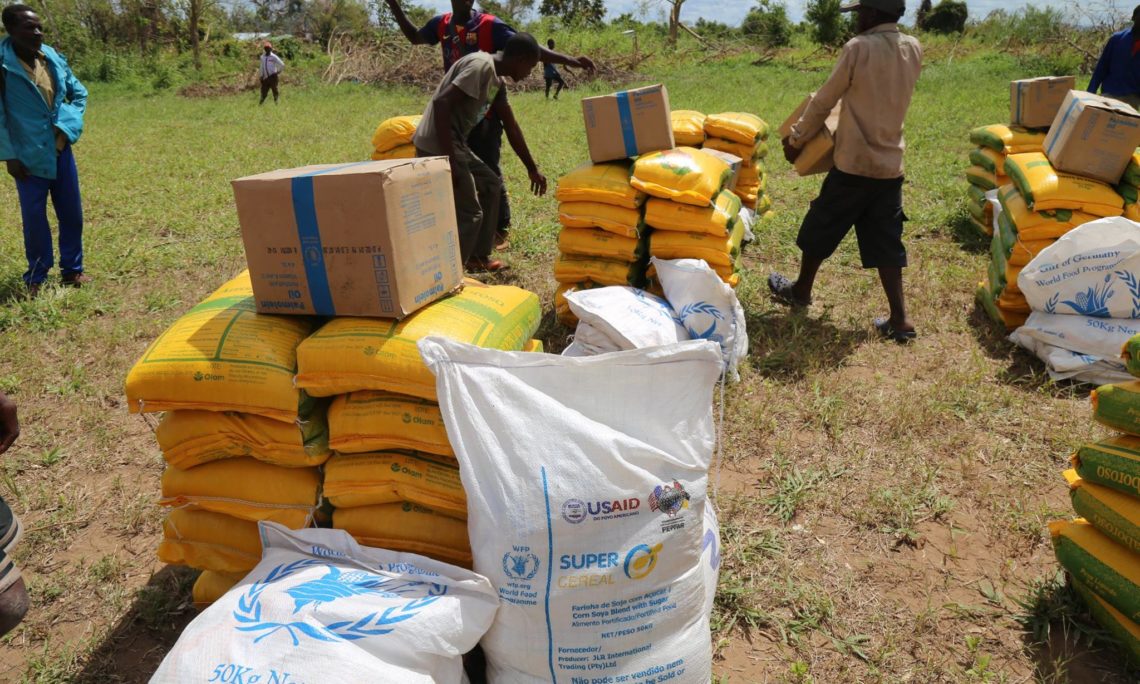 Mozambicans in the areas impacted by Cyclone Idai help distribute food assistance delivered by the U.S. Government. To date, U.S. military and chartered commercial flights have airlifted more than 700 metric tons of relief supplies to Mozambique.

April 12, 2019 – Maputo – The amount of humanitarian supplies delivered to Mozambique by the U.S. Government has surpassed 700 metric tons.  This includes eight commercial flights chartered by the U.S. Agency for International Development (USAID) to deliver relief supplies from U.S. Government warehouses in Pisa, Italy and Dubai, United Arab Emirates, and eight U.S. military airlifts of USAID food from their warehouses in Djibouti.

The supplies have included:

On March 20, USAID deployed a Disaster Assistance Response Team (DART) to coordinate the U.S. government’s response efforts.  This team of elite disaster experts has been closely coordinating with the Mozambican Government, the United Nations, and nongovernmental organizations to rapidly distribute aid to affected communities in Mozambique.

In addition, the U.S. Government, in coordination with the Mozambican Ministry of Health and National Institute of Health, is focused on controlling and preventing diseases most likely to impact the affected areas, in particular cholera and malaria.  From economic growth to democracy to HIV/AIDS control and prevention, the United States has supported tremendous progress in the affected areas over the past two decades, and we are committed to safeguarding that progress for the Mozambican People.