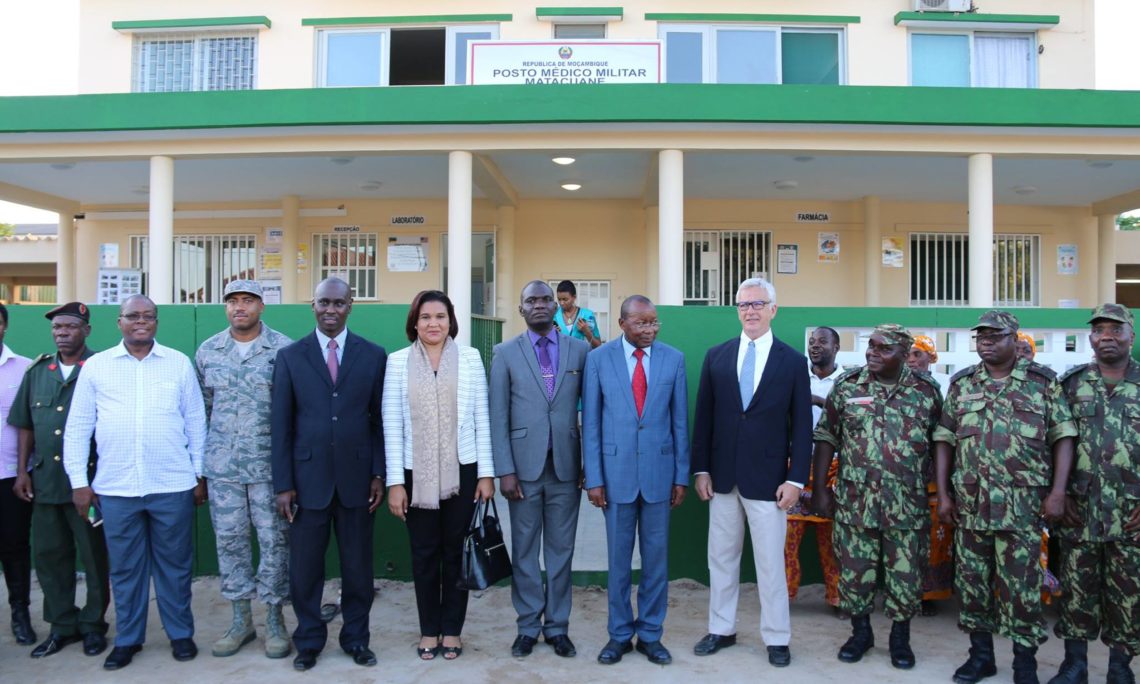 The U.S. Embassy in Mozambique, through the Defense Attaché’s Office, carried out, on May 17, 2017, the delivery of the rehabilitated Clinical Analysis Laboratory at the Matacuane Military-Medical Post in the City of Beira. The rehabilitation work is valued at US $ 130,000 funded by the U.S. President’s Emergency Plan for AIDS Relief (PEPFAR).

In the framework of cooperation between the Governments of the United States of America and the Republic of Mozambique, the United States Ambassador, Dean Pittman, formally delivered the laboratory building rehabilitated with funds from the PEPFAR program to the Minister of National Defense of Mozambique, Major General Atanasio Salvador Mtumuke, in the presence of high patents from the Defense Forces of Mozambique (FADM), other individuals and the population in general. A commemorative plaque was unveiled to mark the occasion and register it for posterity.

The rehabilitation and expansion of this infrastructure greatly improved the work environment, the safety of the personnel and the efficiency of the laboratory. Previously, the laboratory operated in two small rooms and now has five rooms.

With the new structure, the laboratory has rooms dedicated to Bacilloscopy (test TB); Parasitology of urine and feces; Biochemistry; Hematology and CD4 counts; as well as for collection and storage of samples. Services such as TB testing and parasitology were not previously offered to patients in this health unit due to the lack of space to safely test the samples.

This laboratory will serve 4,841 currently registered HIV-positive patients as well as patients with other pathologies. About 70 HIV-positive patients are registered monthly for treatment at this hospital unit. Our partnership with FADM is important to ensure that we have an AIDS-free army and that we aim to have 90 percent of the population diagnosed by 2020. The laboratory will play an important role in the diagnosis of FADM troops and will help end this critical epidemic.