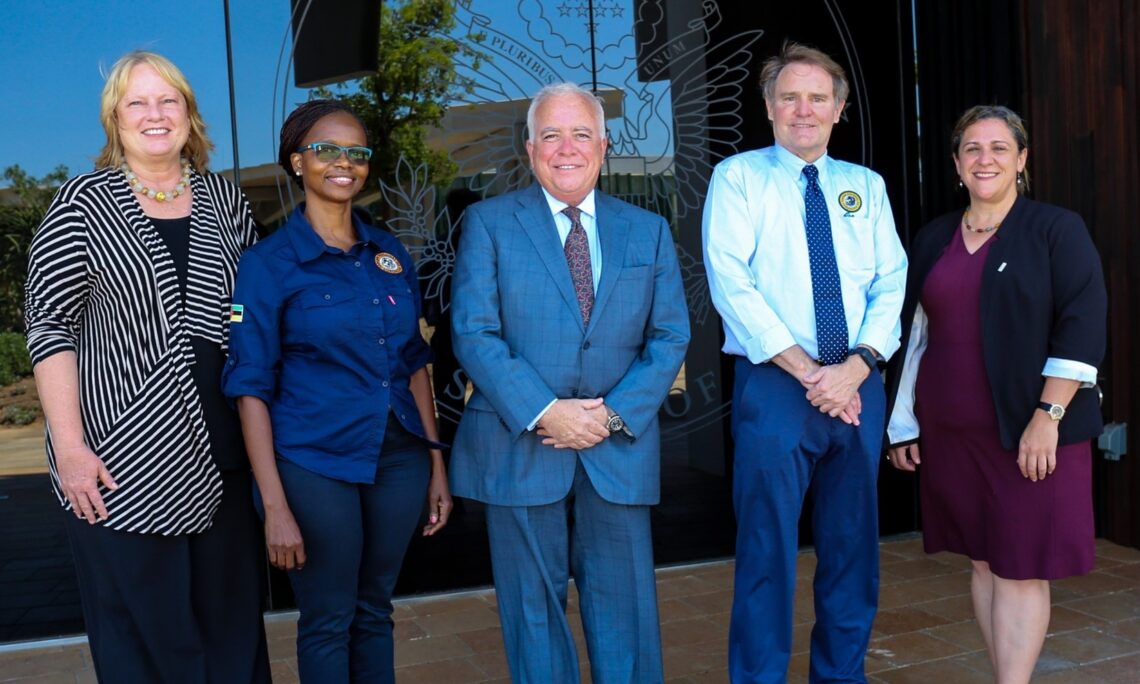 November 9, 2021 – The U.S. Government, through the United States Agency for International Development (USAID), boosted support to its USAID Resilient Gorongosa program that will help communities in and around Gorongosa National Park recover from and build resilience to natural disasters and climate stresses. USAID has partnered with the Government of Mozambique through the National Administration of Conservation Areas (ANAC), the Greg Carr Foundation, and the Gorongosa Project to promote equitable economic growth by protecting forests, water, and wildlife for agriculture, community forestry, and ecotourism development. After decades of decimation from civil strife, poaching, and natural disasters, this consortium is working to restore Gorongosa National Park and the surrounding landscape that provides food, water, and other natural resources to local communities.

This new programming, implemented by the Gorongosa Project, will build on these existing efforts and will complete the disaster-resilient reconstruction of 28 schools (150 rooms) and 10 community health facilities from the slopes of Mount Gorongosa to the mangrove forests of the Zambezi River delta. It will provide school lunches that will improve education and address malnutrition. Microfinancing will be provided to farmers and will promote sustainable agricultural livelihoods that will help make communities more resilient to future disasters. In total, USAID is investing an additional $10.3 million and leverages the same amount from the Greg Carr Foundation.

U.S. Ambassador to Mozambique, Dennis W. Hearne recently met with Gorongosa Project founder and chairman of the Greg Carr Foundation, Greg Carr to discuss the new programming. “As world leaders gather in Glasgow at the 26th UN Climate Change Conference of the Parties (COP26), the U.S. Government is proud to announce the expansion of our more than 13-year partnership with the Gorongosa Project,” Ambassador Hearne said.  This expansion includes “additional targeted, disaster-resilient programming so that Gorongosa communities are better able to recover from and thrive after cyclones and other climate-related stresses.”

Since 2008, USAID has invested nearly $50 million, which has been matched with funding from the Greg Carr Foundation and other partners, to the conservation and development of the Gorongosa National Park. With reintroductions of key species lost during the civil war, increased protection, and improved education, health, and water services, the Gorongosa Project has restored ecosystem services, introduced sustainably grown coffee, cashew and honey, and made great strides to ending early and child marriage in buffer-zone communities.

Protecting wildlife, improving natural resource management, and promoting sustainable, resilient, and inclusive socio-economic improvements to communities in and around protected areas are critical components of the broader U.S. Government assistance in Mozambique. In close collaboration with the Government of the Republic of Mozambique, the U.S. Government provides more than $500 million in annual assistance to improve the quality of education and healthcare, promote economic prosperity, and support the overall development of the nation.