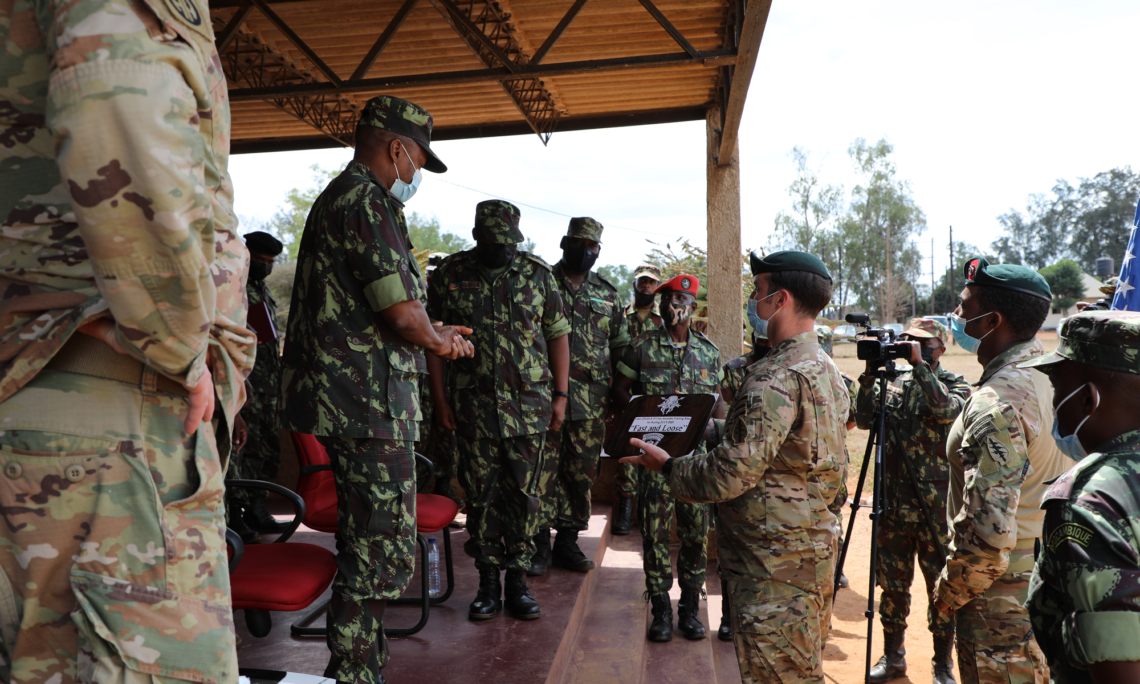 September 10, 2021 – On September 10, the U.S. Government and the Government of Mozambique concluded the second Joint Combined Exchange Training (JCET) of the year.  U.S. Special Operations Forces and 100 Mozambican Commandos participated in a six-week training exercise, contributing to Mozambique’s efforts to prevent the spread of terrorism, and strengthening cooperation between the United States of America and the Republic of Mozambique.

In attendance at the closing ceremony were representatives from the U.S. Embassy in Mozambique, the U.S. Special Operations Command Africa (SOCAFRICA), and the Mozambique Armed Defense Forces (FADM).

In July and August 2021, the U.S. Department of Defense also conducted a second round of medical training with members of the FADM.  More than 60 soldiers participated in Tactical Combat Casualty Care (TCCC) and Combat Lifesaver (CLS) courses that will directly improve the survival rate of Mozambican soldiers in combat. Medical personnel who participated in the training are now certified to give this Combat Life Saving training to their fellow servicemen.  Additionally, members of the FADM participated in the regional maritime exercise – Cutlass Express.

The United States prioritizes respect for human rights, the laws of land warfare, protection of civilians, and engagement with civil society. To this end, security cooperation training programs incorporate these components into training scenarios.  The U.S. Department of Defense remains committed to continuing joint security cooperation with the Mozambique Armed Defense Forces.