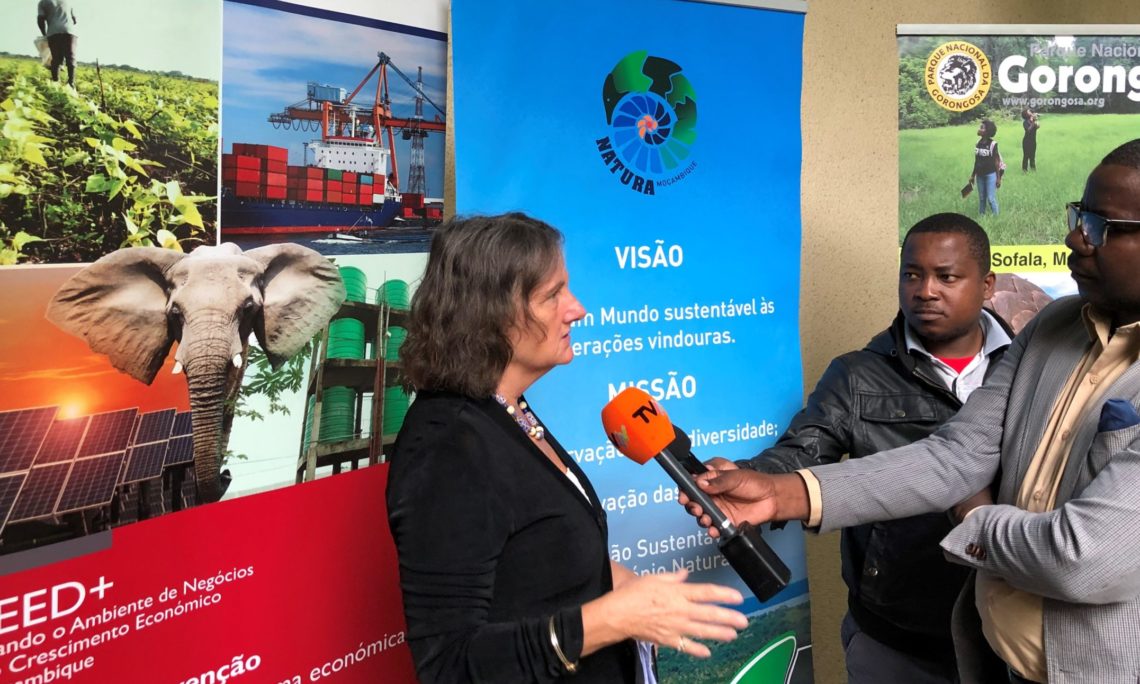 February 11, 2020 – Maputo.  The U.S. Government, represented by United States Agency for International Development (USAID) Mission Director Jennifer Adams, proudly participated in an official event recognizing World Pangolin Day yesterday at the Mozambique Natural History Museum.  The National Administration of Conservation Areas (ANAC) Director General Mateus Mutemba represented the Government of the Republic of Mozambique.  The event served to raise awareness of the pangolin and the dangers it faces from poaching and trafficking.  It also highlighted the conservation and anti-poaching efforts of the Mozambican Government with support from the U.S. Government.

At the event, USAID Mission Director Jennifer Adams highlighted the importance of continuing anti-wildlife trafficking efforts and the important role the pangolin plays in the ecosystem, stating, “The United States remains committed to ending wildlife crime and supporting ANAC to protect Mozambique’s precious biological heritage – including the pangolin.”  She also challenged the audience, saying, “I challenge each of you to play a role in educating yourselves, your families, and your communities to protect Mozambique’s pangolins – who in their own unseen way, are protecting us all.”

The U.S. Government partners with the Mozambican Government to train customs officials to better identify pangolin trafficking at the border, as well as attorneys to successfully prosecute wildlife crimes.  Through USAID, the U.S. Government also supports programs in the protected areas of Gorongosa, Limpopo, and Niassa, as well as other initiatives throughout Mozambique that conserve biodiversity, promote resilience, benefit local communities, and cut off organized criminal networks from the profits of wildlife trafficking.  This support is part of the more than $500 million in annual assistance the U.S. Government provides to improve the quality of education and healthcare, promote economic prosperity, and support the overall development of Mozambique.