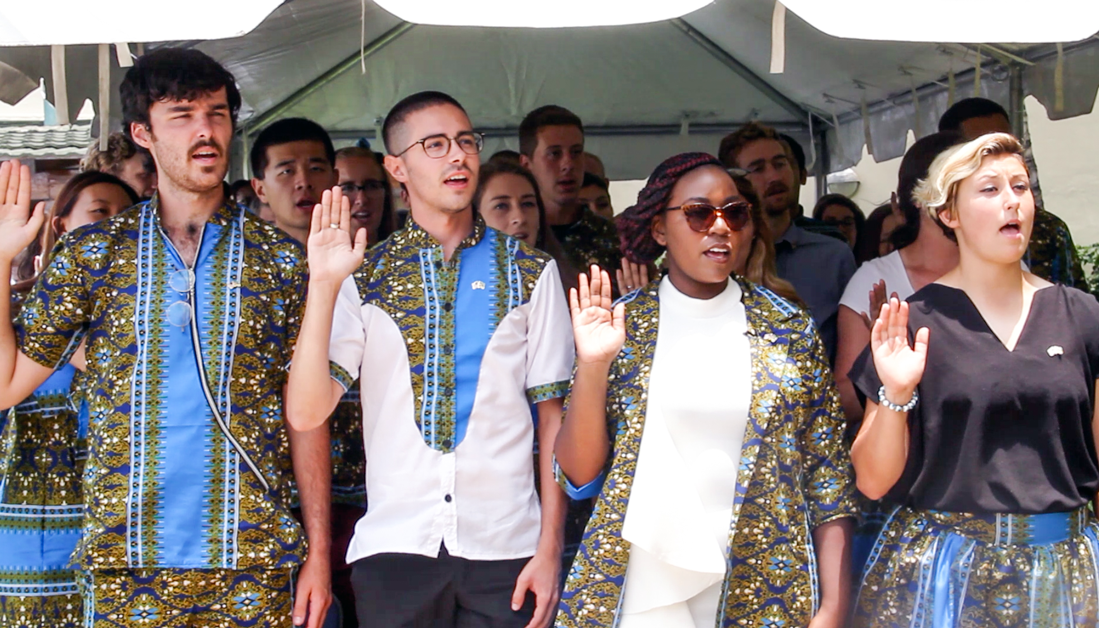 November 30, 2017 – The U.S. Peace Corps announces the swearing-in ceremony of a diverse group of 54 Volunteers that will serve for two years in the Education sector throughout Mozambique. The ceremony took place today at the residence of the United States Ambassador to Mozambique.

Present at the event were the U.S. Ambassador Mr. Dean Pittman, the Peace Corps Director Mr. Sanjay Mathur, as well as various representatives of the Ministry of Education and Human Development and other government institutions and partners.

The goals of the Peace Corps are to build the capacity of men and women in interested countries and to promote mutual understanding between the United States and other countries. Around the world, more than 230,000 Americans have served in over 140 countries, and currently over 7,300 Volunteers are serving in 61 countries. The US Peace Corps has been active in Mozambique since 1998, with over 1,200 Volunteers having served in both the Education and Health sectors, alongside our partners, the Ministry of Education and Human Development and the Ministry of Health.

Prior to swearing-in, fifty-four American trainees lived with host families for 13 weeks in Namaacha, Maputo province, undergoing intensive language, cross-cultural, and technical training in preparation to serve for the next two years. They have now been assigned to work alongside their counterparts in various schools and teacher training colleges throughout the entire country. The subject matters to be taught include English, Math, Biology, Chemistry, Physics, and IT.

PS: Find here the speech in Portuguese of the Ambassador Dean Pittman (PDF 135 KB) on the occasion of the Oath Ceremony that took place today, November 30, 2017, at your residence.