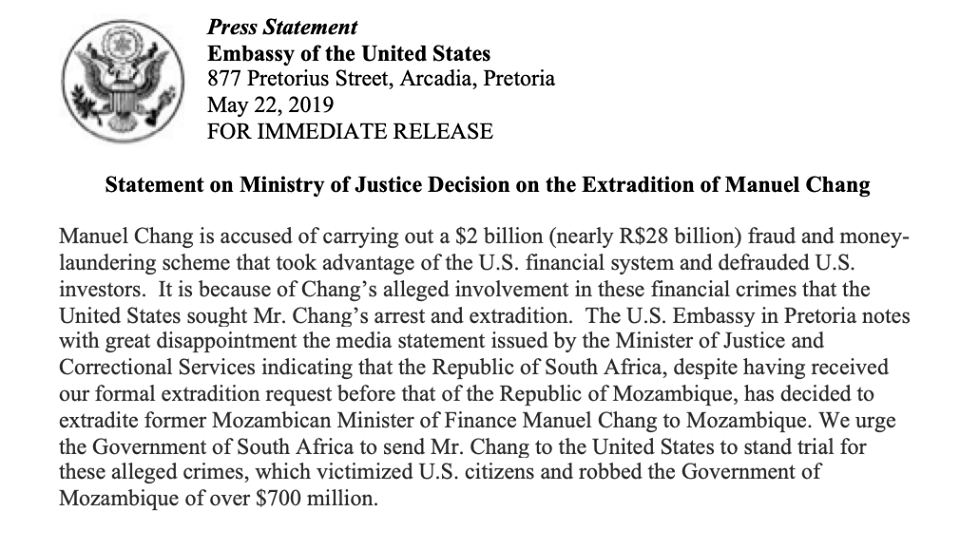 Manuel Chang is accused of carrying out a $2 billion (nearly R$28 billion) fraud and money laundering scheme that took advantage of the U.S. financial system and defrauded U.S. investors.  It is because of Chang’s alleged involvement in these financial crimes that the United States sought Mr. Chang’s arrest and extradition.  The U.S. Embassy in Pretoria notes with great disappointment the media statement issued by the Minister of Justice and Correctional Services indicating that the Republic of South Africa, despite having received our formal extradition request before that of the Republic of Mozambique, has decided to extradite former Mozambican Minister of Finance Manuel Chang to Mozambique. We urge the Government of South Africa to send Mr. Chang to the United States to stand trial for these alleged crimes, which victimized U.S. citizens and robbed the Government of Mozambique of over $700 million.