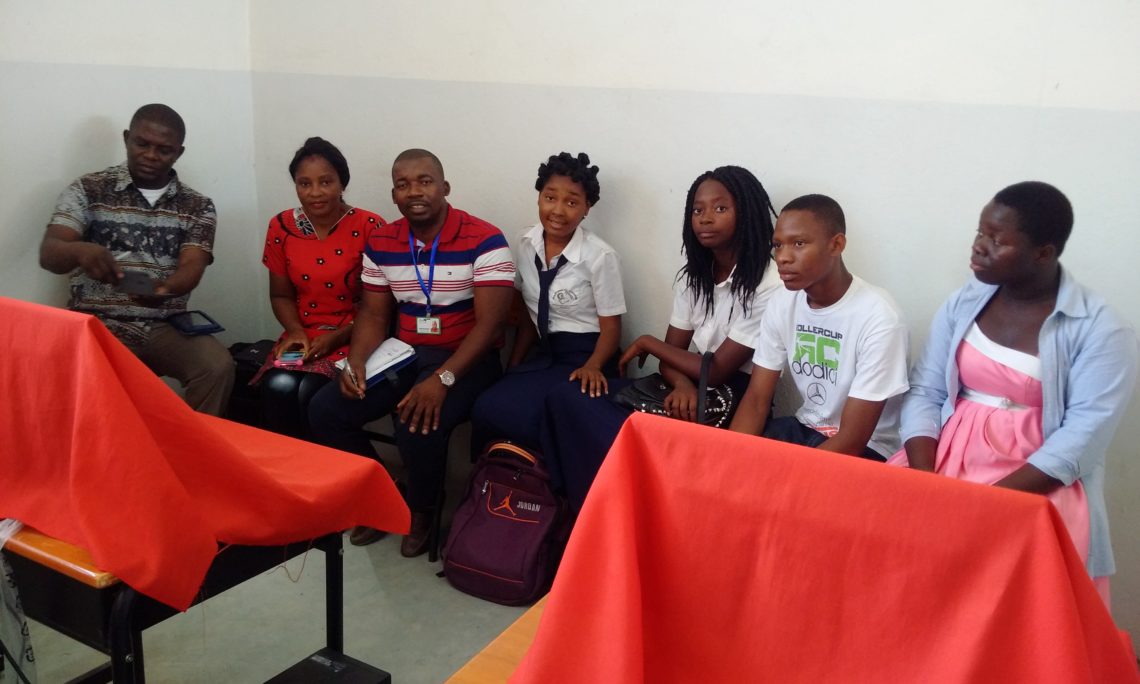 Sangariveira Secondary School (SSS) was established in 2012 in Quelimane, Zambézia Province. Currently, the school has 4,980 students, 2,610 male and 2,370 female, who are divided into 42 groups, with morning, afternoon and night student rotations.

Located in the outskirts of Quelimane, SSS has a gloomy past. The school had a lot of evils, in spite of the hard work done by the school authorities and other entities which deal with this wrongdoing, such as the Provincial Office for Combat against Drug in Zambezia (NPCDZ).

It was infamous for high levels of drug use, early and unwanted pregnancies, prostitution, and illness. Shortly said, “Our school was a den of hexes.”

In an attempt to change this scenario, the school was selected to become a recipient of DREAMS services. Since 2016, the school has had an operational School Health Corner (SHC) with one full-time Maternal and Child Health Nurse (MCHN), one part-time Gynecologist and a part-time Psychologist. The SHC provides the following services: 1) Communication for health, including information, education, and communication (IEC) materials, theater groups, multimedia mobile units, health fairs, TVs and internet access; 2) HIV testing and counseling, primarily conducted through health fairs; 3) Provision of male and female condoms; 4) Family planning; and, 5) Gender Based Violence (GBV) prevention and care. 60 to 70 students are seen daily at the SHC.

Another example of DREAMS’ contribution to programmatic change including the provision of education addressing myths about HIV and AIDS transmission is reported by one of the SSS Mentors:

“Since the establishment of DREAMS, the demand for HIV prevention talks (palestras) has increased. Thus, apart from group sessions held during week days, we had to introduce HIV awareness sessions on Saturdays. Among others, these talks have helped in reducing myths about HIV and AIDS. Before DREAMS, all (opportunistic) diseases were attributed to a local spiritual disease called “matoua” which, allegedly required a traditional healing ceremony called “marombo.” The ceremonies were frequent, at least 2 or 3 per week, and used to impact school drop outs. Thanks to DREAMS, students do not adhere to these ceremonies anymore, as they are now aware of HIV and AIDS,” – SSS mentor.

Paulina Alamo Chombe, the Headmistress of the school, told us of the important impact DREAMs HIV sensitization has had on student awareness of the risks associated with transactional sex:

“There is a hut that serves as brothel called Amazonia near the school. Before DREAMS support commenced, whenever I walked out of the school, I used to meet students going to or coming out of the hut. Although I can’t present figures, nowadays I do not see any ingoing or outgoing movements of my students to that establishment. This is also witnessed by the managers of the hut that are confirming that the number of SSS students going there has reduced significantly over the last 12 months.”

Finally, the DREAMS’ MCHN, Maria Guimarães highlighted the layering (integration/coordination) of interventions between clinical and community partners at SSS:

“I think we are the champions of layering. The flow and exchange of beneficiaries between FGH-led SHC and local implementing partners’ (such as AMME) girl clubs, and with support from the school authorities and NPCDZ, has been successful. The unique identifier card and referral and counter referral guide are fully operational here.”

Overall, due to DREAMS success at SSS, and other schools, there is a “domino effect” as other schools are now requesting the establishment of DREAMS activities in their schools.