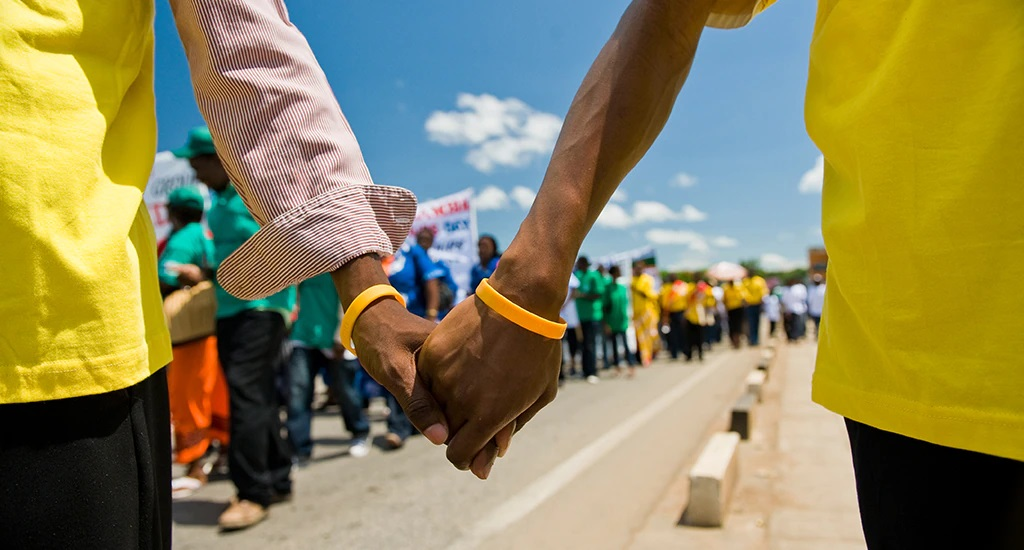 May 17 is the International Day Against Homophobia, Biphobia, and Transphobia (IDAHOBIT), a day to speak out against discrimination directed towards the LGBTQI+ community. Stigma, discrimination, and violence, as well as harmful laws, policies, and practices, reduce access to and use of essential health services, and undermine efforts toward effective responses to HIV/AIDS around the world.

PEPFAR is committed to joining others to end stigma, discrimination, and violence and increase access to HIV prevention, treatment, and care services for all people living with HIV/AIDS and affected by HIV/AIDS; especially adolescents and young women, and key populations (e.g., men who have sex with men, transgender people, sex workers, people who inject drugs, and people in prisons and other closed settings).

Stigma can be described as a dynamic process of devaluation that significantly discredits an individual in the eyes of others, and, when acted upon, the action is then considered discrimination. Discrimination can refer to any form of arbitrary distinction, exclusion or restriction affecting a person, usually (but not only) because of an inherent personal characteristic or perceived membership of, or an association with a particular group. Discrimination undermines human rights.