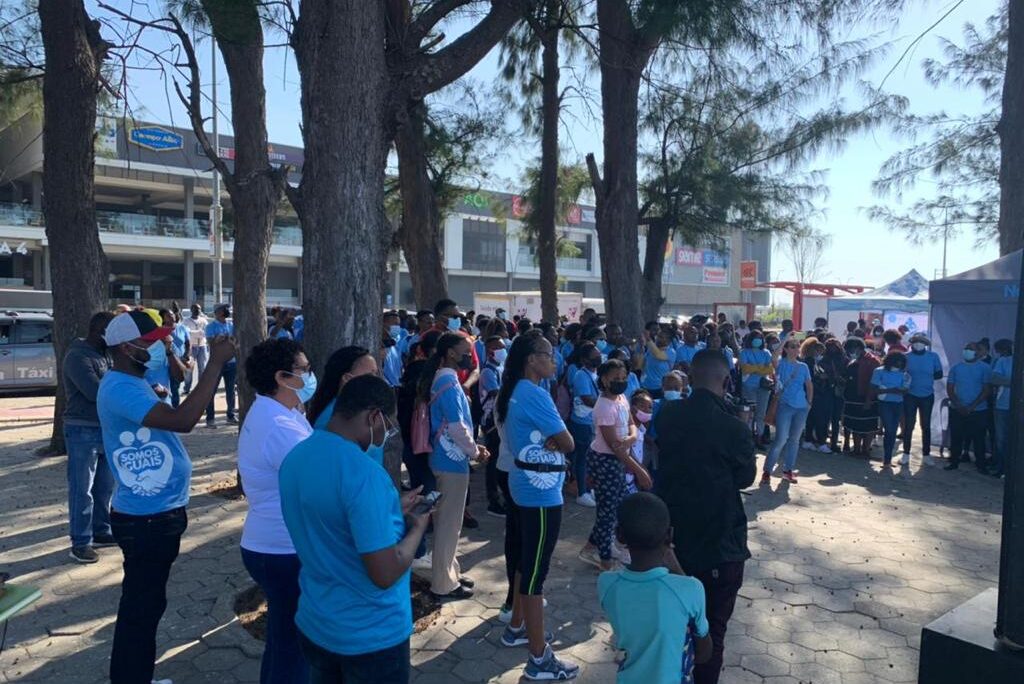 An event called “Cordão Humano Somos Iguais” (Human Chain We Are Equal), led by the National AIDS Council (CNCS) and partners, took place this Saturday, June 11, 2022, with the support of the U.S. President’s Emergency Plan for AIDS Relief (PEPFAR).

The event aimed to leverage the group of volunteers who have joined the campaign to combat stigma and discrimination of people living with HIV called “We Are Equal”, maximize the reach of the messages, raise awareness, and inspire the community in general, and men living with HIV in particular.

The human chain brought together hundreds of people who, hand in hand, chanted the jingle of the campaign “We are Equal,” echoing Mozambique’s desire to achieve control of the HIV epidemic by 2030.

In Maputo, participants of different genders and age groups gathered at Avenida Marginal, and the event was replicated in the cities of Beira and Nampula.

PEPFAR is committed to working in partnership with Mozambicans to end stigma, discrimination, and violence and increase access to and uptake of HIV prevention, care, and treatment services for all people living with and affected by HIV/AIDS; especially adolescents and young women, and key populations (e.g. men who have sex with men, transgender people, sex workers, people who inject drugs, and the prison and other closed settings population).