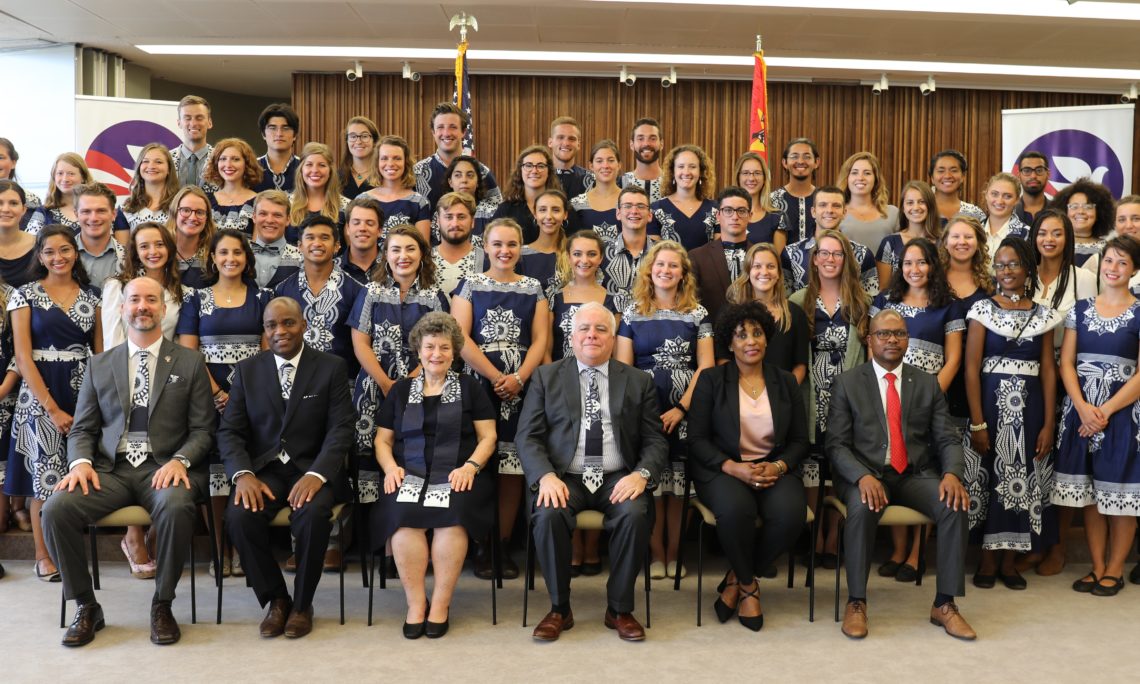 The 53 Education Volunteers will serve in eight provinces, assigned to secondary schools to teach English, Biology, Physics, Chemistry, and Math. Peace Corps Volunteers will work side-by-side with their Mozambican counterparts, contributing to better educational outcomes in the country.  These Volunteers represent a key component of the U.S. Mission’s assistance program in Mozambique.  In close collaboration with the Government of the Republic of Mozambique, the U.S. Government provides more than $500 million in annual assistance to improve the quality of education, healthcare, economic prosperity, and the overall development of the nation.

The United States Peace Corps was founded as an independent government agency by President John F. Kennedy in 1961, with the objective of promoting world peace and friendship. American citizens join the Peace Corps as volunteers ready to serve abroad for two years.  Currently, the Peace Corps works in over 60 countries, primarily in the health and education sectors. The Peace Corps works in Mozambique in these two sectors, under the invitation of the Government of Mozambique, through agreements with the Ministry of Health (MISAU) and the Ministry of Education and Human Development (MINEDH).  Since 1998, over 1,300 volunteers have served throughout Mozambique.