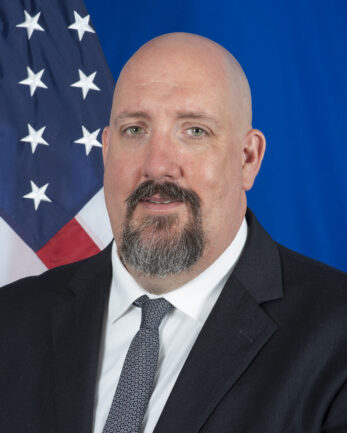 A career member of the Senior Foreign Service, Mr. Neitzke has held a variety of overseas and Washington assignments. He has served as the Management Counselor in both Buenos Aires, Argentina and Bridgetown and the Eastern Caribbean. In Washington, at the Bureau of Conflict and Stabilization Operations, he oversaw a wide variety of conflict response efforts including U.S. non-lethal support of Syrian oppositionists during its civil war, conflict prevention during the historic 2015 Burmese elections, and countering rising violent extremism in Bangladesh. He has also served previously in Maputo, Durban, and Panama City and was Peace Corps Volunteer in Kenya.

Hailing from Chicago, Illinois, Mr. Neitzke attended Truman State University as an undergraduate and a holds a Masters in National Resource Strategy from National Defense University (2014). He speaks Portuguese and Spanish. He is married and has two children.