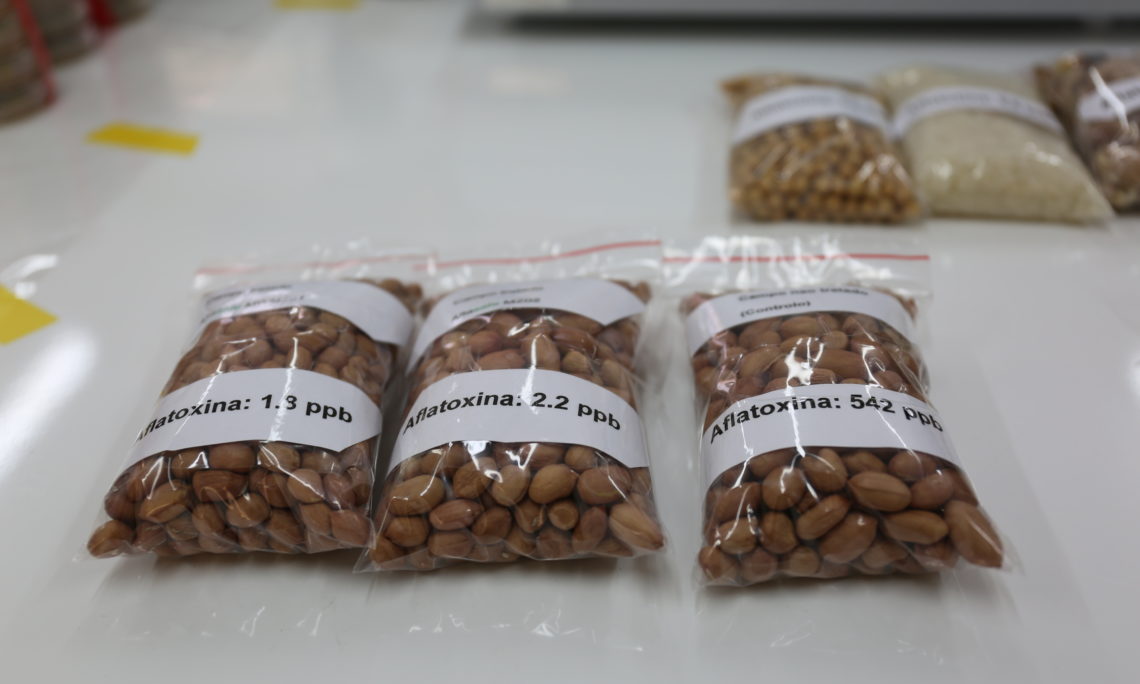 USAID and the Global Shea Alliance jointed effort in partnership to expose African women who work collectively in the production of common crops, free from aflatoxin contamination such as corn, cassava and peanut, to the global market.

Mozambique and the U.S. Launch Aflatoxin and Chronic Malnutrition Study in Nampula

Held in Nampula City, the event brought together leaders from each of the study’s participating districts including Angoche, Larde, Malema, Meconta, Mecuburi, Mogovolas, Moma, Monapo, Murrupula, and Rapale.  The U.S. Government is partnering in this $1.7 million study with the Nutrition Innovation Lab at Tufts University, Universidade Lúrio, the National Institute of Health (INS), the Association of Nutrition and Food Safety, and the University of Georgia in the United States.  The results of the study will be used by the INS, the Ministry of Health, and others to inform future policy decisions related to nutrition and agriculture.

Agriculture represents 24% of the Mozambican GDP, and 80% of the population depends on agricultural as a source of income.  Some of the most commonly cultivated crops, such as maize, cassava, and groundnuts, are easily contaminated by aflatoxins.  Aflatoxins are found in many key staple crops such as maize and groundnuts in Mozambique, at levels that are linked to a number of health problems including malnutrition.  Similar studies have found strong associations between aflatoxin exposure and stunted fetal, infant, and child growth, prompting nutrition experts to undertake the study in Mozambique.