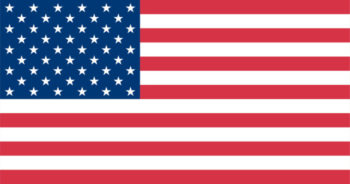 September 10, 2020 – On September 9, the Board of Directors of the U.S. International Development Finance Corporation (DFC) approved a loan of up to $200 million to Central Térmica de Temane and agreed to provide up to $1.5 billion in political risk insurance to support the commercialization of natural gas reserves in Area 4 of Mozambique’s Rovuma Basin.  Together, the two deals represent a substantial investment by the United States that will improve access to energy, lay the foundation for transformational growth in Mozambique fueled by the natural gas sector, and deliver on the U.S. Prosper Africa pledge announced last year in Maputo to increase U.S. investment in Africa.

DFC’s loan of up to $200 million to Central Térmica de Temane (CTT) will finance the development, construction, and operation of a 420-megawatt power plant and 25-kilometer interconnection line, which will diversify the country’s energy supply and reduce the cost of electricity.   As around 33% of Mozambique’s population has access to electricity, this project will help Mozambique advance toward its goal of achieving universal access to energy by 2030.

DFC’s provision of $1.5 billion in political risk insurance will support the development, construction, and operation of an onshore natural gas liquefaction plant, along with supporting facilities.  This energy project will provide a significant boost to Mozambique’s GDP as the country emerges as a top global gas exporter.  Combined with forward-looking partnerships between the government and the private sector – the project has the potential to grow the economy to meet the needs of the Mozambican people.

U.S. Ambassador Dennis Hearne welcomed the news. “These projects will have a significant development impact in Mozambique, improve lives, and create a once-in-a-generation opportunity for the country to build a more prosperous future for all Mozambicans,” he said.

These projects and funding build on a foundation of more than $500 million in annual assistance the U.S. Government provides to improve the quality of education and healthcare, promote economic prosperity, and support the overall development of Mozambique.

DFC partners with the private sector to finance solutions to the most critical challenges facing the developing world today. It was established by the 2019 passage of the BUILD Act (Better Utilization of Investments Leading to Development), which strengthened and modernized American development finance. The BUILD Act combined the capabilities of the Overseas Private Investment Corporation (OPIC) and the Development Credit Authority, which had previously been part of the U.S. Agency for International Development (USAID).