Home Página principal | News & Events | In the Fight against Malnutrition: United States celebrates its Collaboration and Achievements with Mozambique 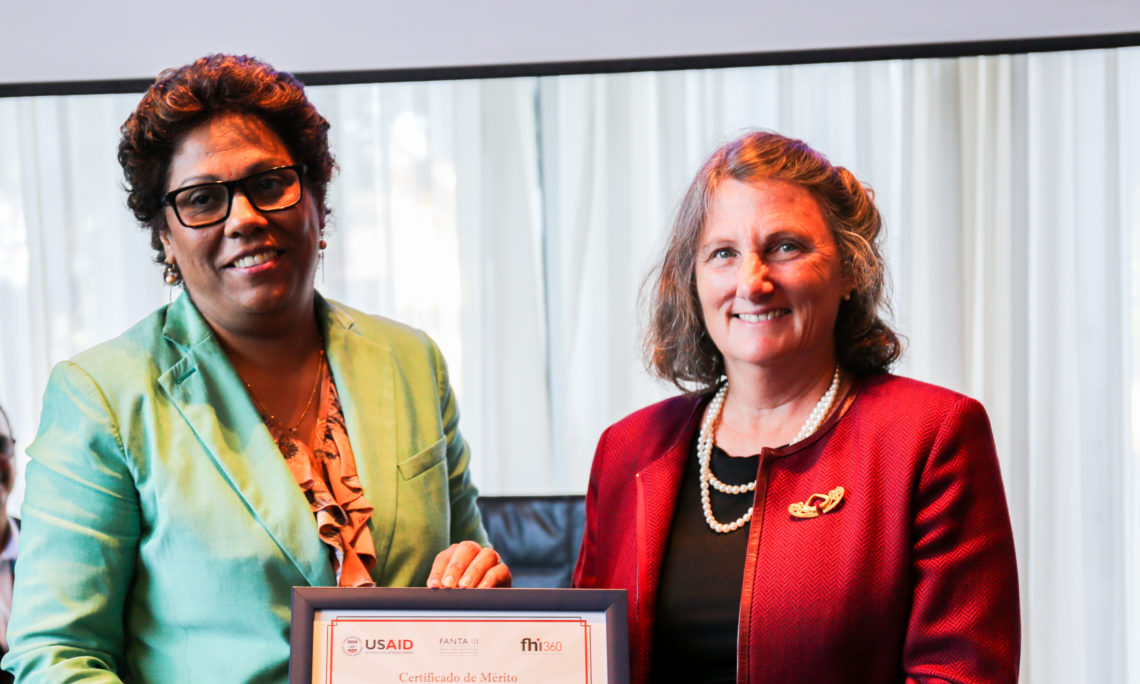 In the Fight against Malnutrition: Government of the United States celebrates its Collaboration and Achievements with  Government of Mozambique

June 20, 2018 – The Government of the United States through its Agency for International Development (USAID) is celebrating its collaboration and achievements with the Government of Mozambique in the fight against malnutrition in Mozambique. The Mozambican Ministry of Health, as the hand-in-hand partner of USAID for Nutrition, and other attendees, such as Ariel Glaser, PATH, including USAID Implementing Partners such as UNICEF and many more, took part in the event today, June 20, 2018, at the Radisson Blu Hotel, Maputo City.

Throughout its portfolio, USAID/Mozambique is addressing the poor and under-served by expanding the range of those who benefit from socio-economic development, accelerating broad-based growth and resilience, expanding high quality education, and targeting health and nutrition services to high-disease burden geographic areas and under-served populations in rural areas of Mozambique. Since 2012, USAID has worked with the Government of Mozambique and other organization partners to improve nutrition policies and programs. Through the Food and Nutrition Technical Assistance III Project (FANTA) – implemented by FHI 360 – USAID has contributed over $11 million dollars to addressing malnutrition in Mozambique.

During the event, USAID Mozambique Director, Jennifer Adams, stated continued commitment from USAID in Nutrition, and called for broader collaboration between various sectors (health, agriculture, education and social welfare) for real progress towards reducing malnutrition in Mozambique.  She noted, “at USAID, we’ve incorporated nutrition into our agriculture, education, and governance activities. By elevating nutrition into our broader mission, we can help save lives, spur prosperity, and tackle one of the most enduring causes and consequences of extreme poverty.”

Through the Ministry of Health of Mozambique, the United States Government is working with the Mozambican Government in the process of designing a new multisectoral Nutrition and Water and Sanitation for Health activity.