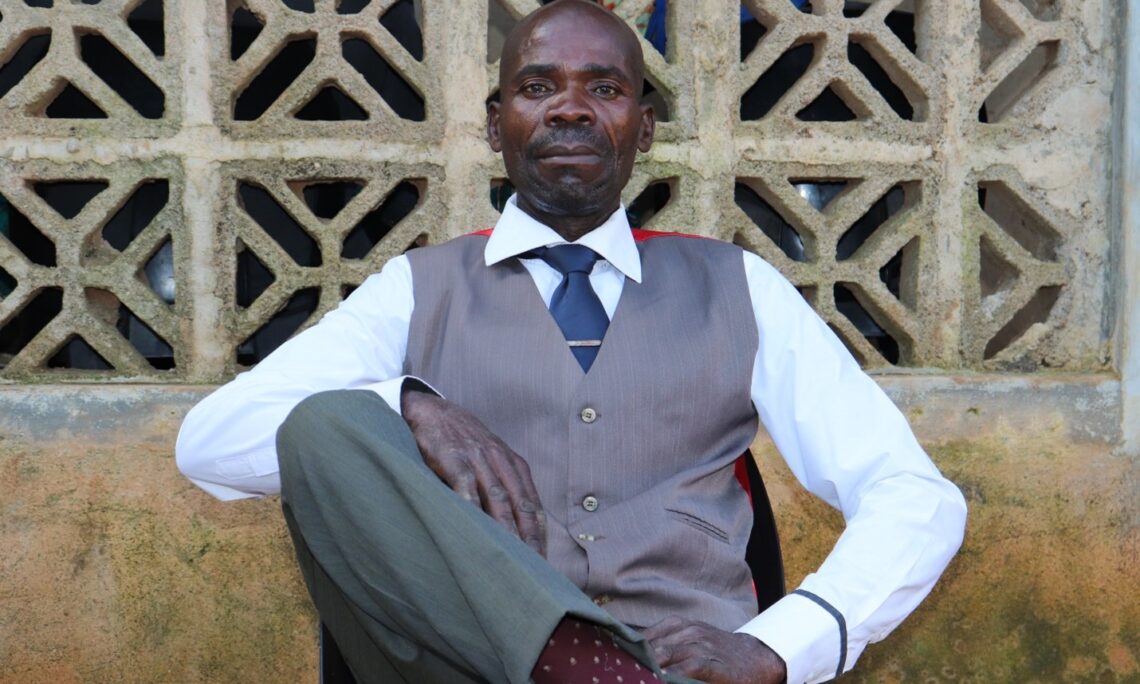 Anselmo Sozinho, is a 54-year-old husband, father of 6 and grandfather of 14, who earns a living as a farmer – a very common activity in his city – Chimoio, Manica Province, Centre of Mozambique recently underwent voluntary medical male circumcision, after hearing several radio broadcasts speak about the need and benefits of circumcision.

“I heard radio broadcasts from health professionals saying to go get circumcised, turn into a new man, clean and healthy. So at the end, I saw that since there is no age limitation, and other than becoming a new man, I will become clean and healthy, so let me go”, he said.

The health benefits that came along with medical male circumcision, and the recognition that there is no limitation of the age at which to get the procedure done were significant motivating factors for Anselmo.

Anselmo was circumcised at the Military Hospital in Chimoio, a public health unit supported by the Department of Defense of the United States with funds from the US President Emergency Plan for AIDS Relief (PEPFAR), that provides ART services including Voluntary Medical Male Circumcision. Besides the proximity of the health facility to his house, he was impressed with the quality of the services provided, as his sons were circumcised prior to him, and everything went smoothly.

“When the time came, I went, I identified myself, I was welcomed, underwent the treatment, and I was done”, describes the farmer.

Anselmo wouldn’t have made this important decision for his health without the support of his wife.

“We were telling each other stories of when our sons went to get circumcised. I also asked her what she thought of the whole house getting circumcised, cleaned and with good health. That would be better. And she supported me”, tells Anselmo.

Nonetheless, in an instance Anselmo jokingly says that his wife asked, “Since you are already grown why are you getting circumcised?” and he replied, “Is there an age limit for this?”

Anselmo encourages men who may be hesitant to get circumcised, to move forward and visit their nearby health facilities and reiterates that circumcision is good because it makes one “clean and healthy”. He also explains that one of the benefits of getting circumcised is that it prevents a man from getting “infections easily”. In terms of his own procedure, Anselmo describes that he experienced no pain during the process and was instructed on how to wash and clean up the wound while it healed. He reiterates that there were no complications involved and that the procedure is free of charge.

Scientific evidence shows that circumcised men are up to 60% less likely to be infected with HIV through sexual intercourse. Performing this quick and safe surgery is also beneficial for female partners, as it reduces exposure to the human papillomavirus (HPV) which can cause cervical cancer.

The VMMC program was launched in Mozambique in 2009.  It is supported by PEPFAR through the U.S. Centers for Disease Control and Prevention (CDC), The United States Agency for International Development (USAID) and the Department of Defense (DoD) and their implementing partner JHPIEGO. The program is provided in 8 provinces including Maputo City and Province, Gaza, Manica, Sofala, Tete, and Zambézia, as well as in several military health units.