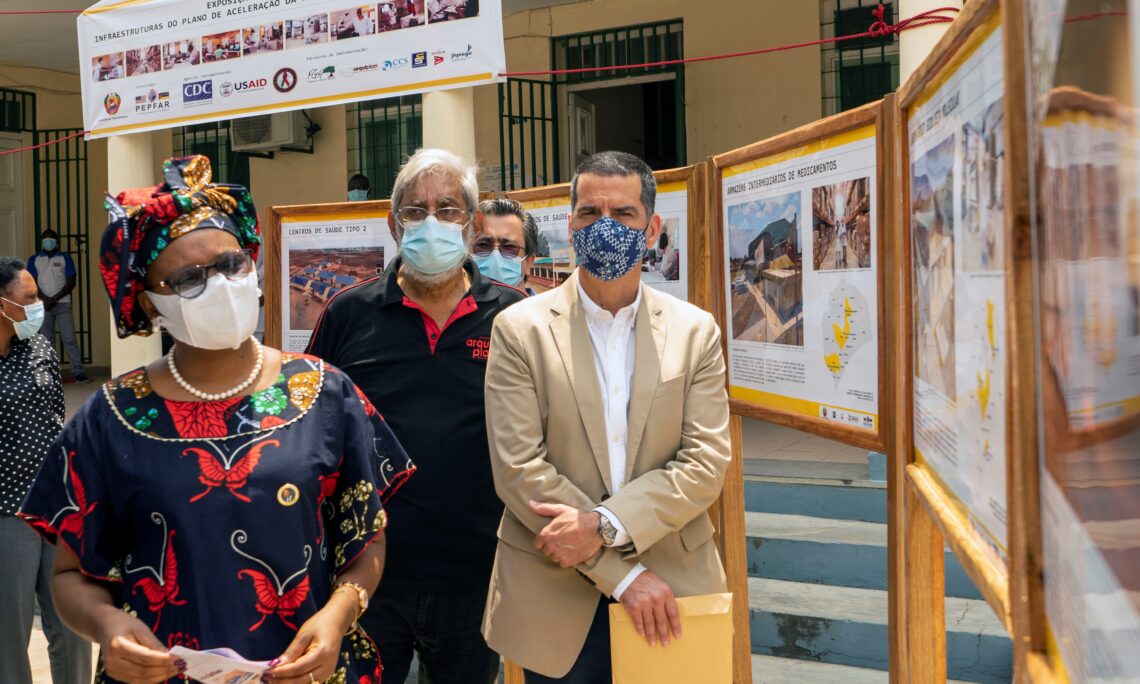 The Secretary of State of Zambezia Province, Judith Mussácula, during the visit to the exhibition that showcased the health infrastructures built with the U.S. Government´s support.

November 29, 2021 – The U.S. Embassy in Mozambique and the Secretary of State of Zambezia Province, Judith Mussácula, inaugurated on November 24th, in Quelimane city, a photo exhibit that portrays health infrastructures built under the HIV Response Acceleration Plan of Zambezia.
Launched in September 2017, the acceleration plan was developed through a partnership between the Ministry of Health, the National AIDS Council, the provincial health authorities of Zambezia, and the interagency team responsible for implementing the U.S. President’s Emergency Plan for AIDS Relief (PEPFAR) in Mozambique.

With the objective of improving the access of the population of Zambezia to high quality health services, and in particular to HIV prevention and treatment services, the plan covered several areas of intervention, including increasing human resources for health, technical capacity building, health systems strengthening, and improving the health infrastructure network of Zambezia province.

Having received an additional $15 million to the $400 million that PEPFAR invests annually in Mozambique, the initiative sought to help respond to the province’s HIV epidemiological situation, which was marked by a low rate of antiretroviral treatment coverage among people living with HIV.
During the event, Artur Ramos, Associate Director for Health Systems at the U.S. Centers for Disease Control and Prevention (CDC) explained that “the situation threatened the health of the population of Zambezia and jeopardized the progress of the province and the country towards the goal of controlling the HIV epidemic by 2030. We needed to act, and that was what we did.”

At a later stage, the U.S. Government supported the construction of the Molecular Biology Laboratory of the Quelimane General Hospital, which was inaugurated by Zambezia Province Secretary of State during the launching event of the photography exhibition. These infrastructures received a combined investment of about $12.5 million from the U.S. Government.

“Several hundred people benefit daily from the health services provided by these facilities, and we are certain that they can make a difference in improving health indicators other than those related to HIV,” said Artur Ramos.