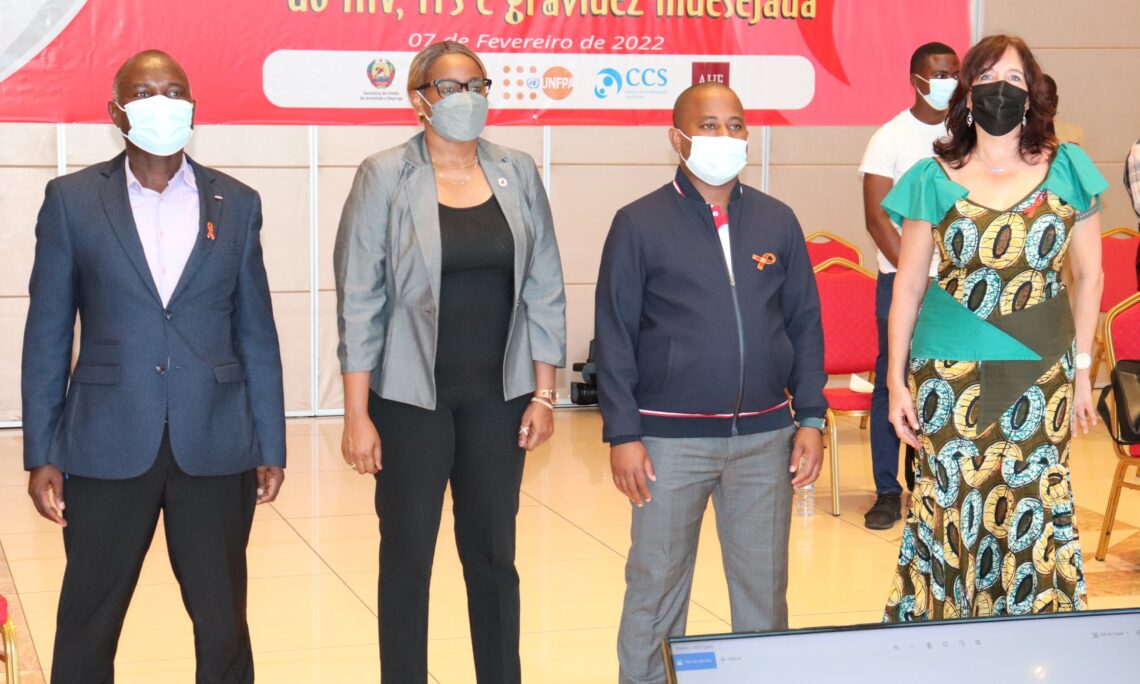 The campaign called “Safe Dating” was launched this Monday (February 07, 2022) in Maputo. It aims to raise awareness and sensitize the society, particularly young people, to use condoms to prevent sexually transmitted infections, including HIV, and unplanned pregnancy.

The launching ceremony of the campaign promoted by the National Council for Combating HIV and AIDS (CNCS) with the support of the American Government through the Emergency Plan for AIDS Relief (PEPFAR), the Joint United Nations Programme on HIV-AIDS (UNAIDS), the Civil Society Platform for Health (PLASOC – M) among others, was chaired by the Mozambican Secretary of State for Youth and Employment, Oswaldo Petersburgo, who praised the initiative, especially for its potential to contribute to the reduction of new HIV infections among adolescents and youth – one of the groups most affected by the AIDS virus in the country.

On the occasion, the National Coordinator of PEPFAR, Jacquelyn Sesonga, stressed the need to continue investing in HIV prevention actions focused on youth as a crucial element for the control of the epidemic in the country, and reiterated the commitment of the U.S. Government, through PEPFAR, to continue working side by side with the Government of Mozambique and other stakeholders in the response to HIV at the National level.

“In the last 2 years PEPFAR has invested over $6 million US dollars in condoms and lubricants. Last year alone, PEPFAR together with the Government of the Republic of Mozambique and the Global Fund distributed 128 million condoms to health facilities and other distribution points serving the people of Mozambique,” She said.

“Condom promotion is also integrated into the core components of the DREAMS program, which is currently implemented in 32 districts, from 8 Mozambican provinces with high HIV incidence.   Through DREAMS, adolescent girls and young women are provided with the information they need to make healthy and safe choices for themselves and their partners.  Additionally, the HIV Prevention in Key Populations program supported by PEPFAR and implemented at the national level, has as its primary intervention the distribution and education for consistent condom and lubricant use,” She added.

The “Safe Dating” campaign, which runs under the slogan “Dating with Responsibility is to protect yourself from HIV, STI and unwanted pregnancy”, takes place throughout the month of February, considered the “month of love” in Mozambique, due to Valentine’s Day which is celebrated on the 14th of the month.