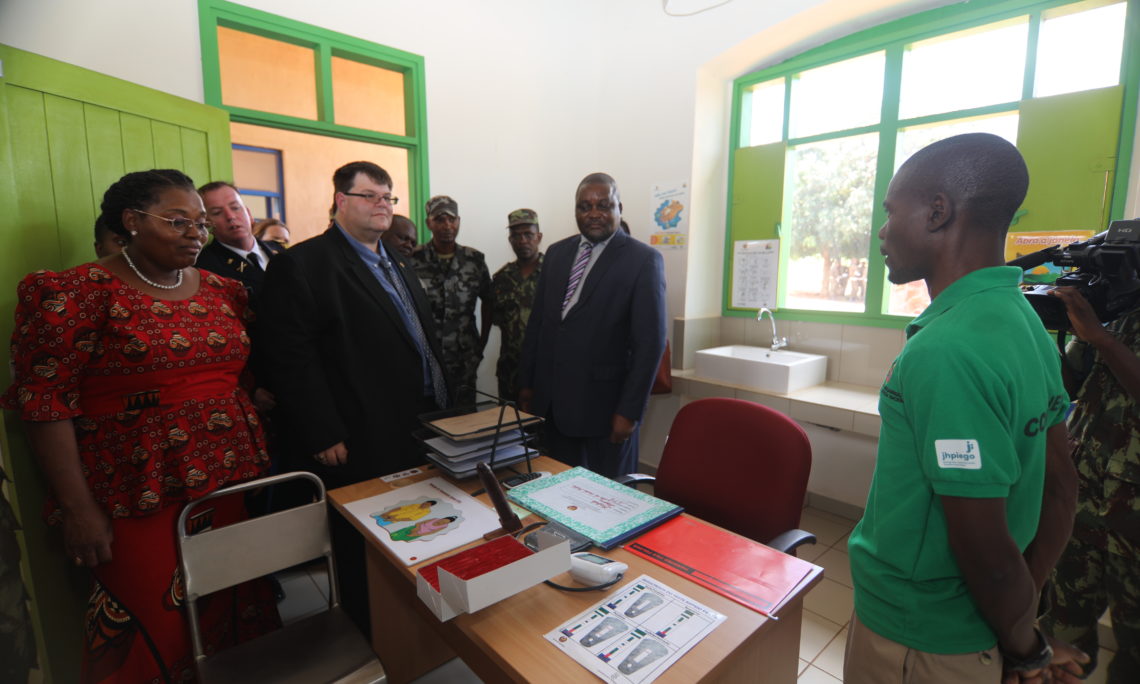 December 20, 2018 – Boane — On December 18, the U.S. Embassy Deputy Chief of Mission Bryan D. Hunt joined the Vice Minister of National Defense, Patrício José in opening the newly constructed Boane Military Health Center.  Valued at approximately $1.6 million, this health center was financed by the U.S. government as part of the President’s Emergency Plan for AIDS Relief (PEPFAR).  The new clinic will include a pharmacy, consultation and treatment rooms, and doctors’ offices – all of which will help accelerate the Mozambican government’s fight against HIV/AIDS and aid in achieving the goal of epidemic control by 2020.  This new facility will ensure quality care and treatment for Mozambican military members and their families stationed in Boane to include all military personnel posted in Boane to complete their Non-Commissioned Officer training. Of equal importance, the local civilian population will also have the opportunity to receive medical assistance here, alleviating the pressure on Boane’s district hospital.

The construction of the Boane Military Health Center was implement as part of the ongoing partnership between the U.S. Department of Defense (DoD) and the Mozambican Armed Defense Forces (FADM) in the fight against HIV/AIDS.  This partnership supports HIV/AIDS prevention, care and treatment; strategic information; and human capacity development in Mozambique.  Specifically, it ensures that all Mozambican military personnel and their family members are able to obtain HIV/AIDS testing, care, and treatment throughout the entire country. In addition, ongoing collaboration with the Ministry of National Defense is preventing new infections through condoms distribution and voluntary medical male circumcisions.