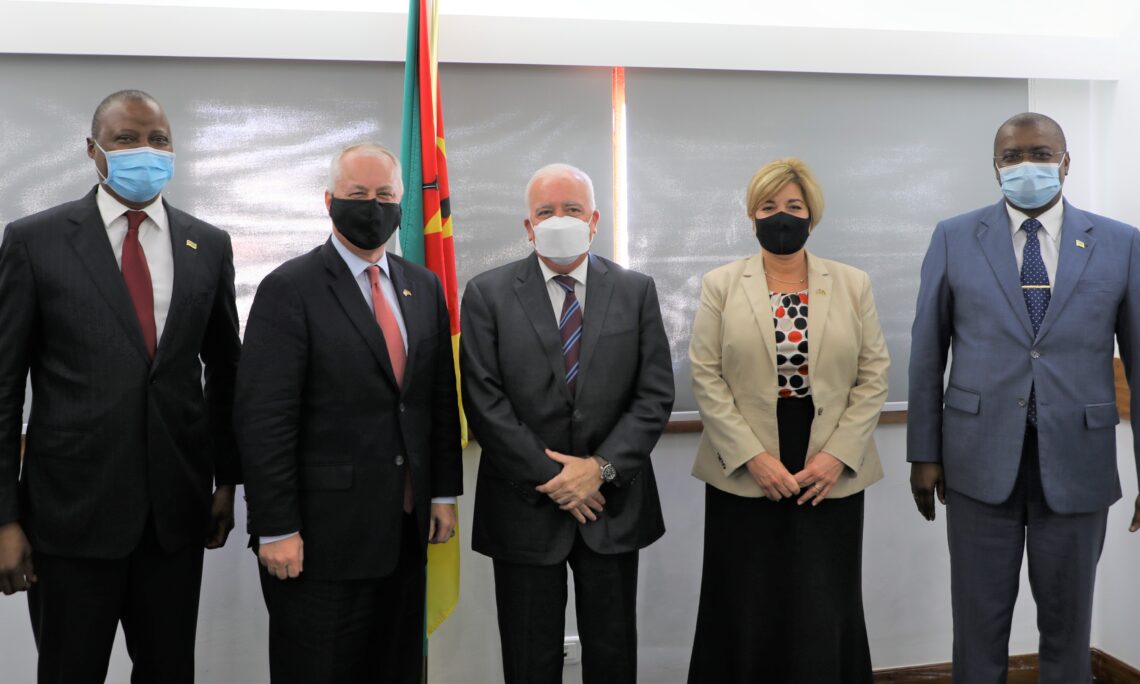 January 12, 2021 – Mr. Anthony Tata, performing the duties of Undersecretary of Defense for Policy, visited Maputo January 8.  He met with Minister of Defense Jaime Neto and Minister of Interior Amade Miquidade to discuss U.S. Government support to assist Mozambique in its fight against terrorism and violent extremism.  The officials agreed on the importance of identifying needs in the areas of training, equipment, and strategic planning to bring stability to the region.

U.S. Ambassador to Mozambique Dennis W. Hearne said, “The United States continues to show its commitment to Mozambique in its efforts to defeat terrorists and respond to the complex emergency in the North.”

The U.S. Embassy has committed $42 million to humanitarian and socio-economic development projects in Cabo Delgado, in line with the priorities of the Government of Mozambique.  These efforts and others are part of the U.S. Government’s $500 million in annual assistance to Mozambique.