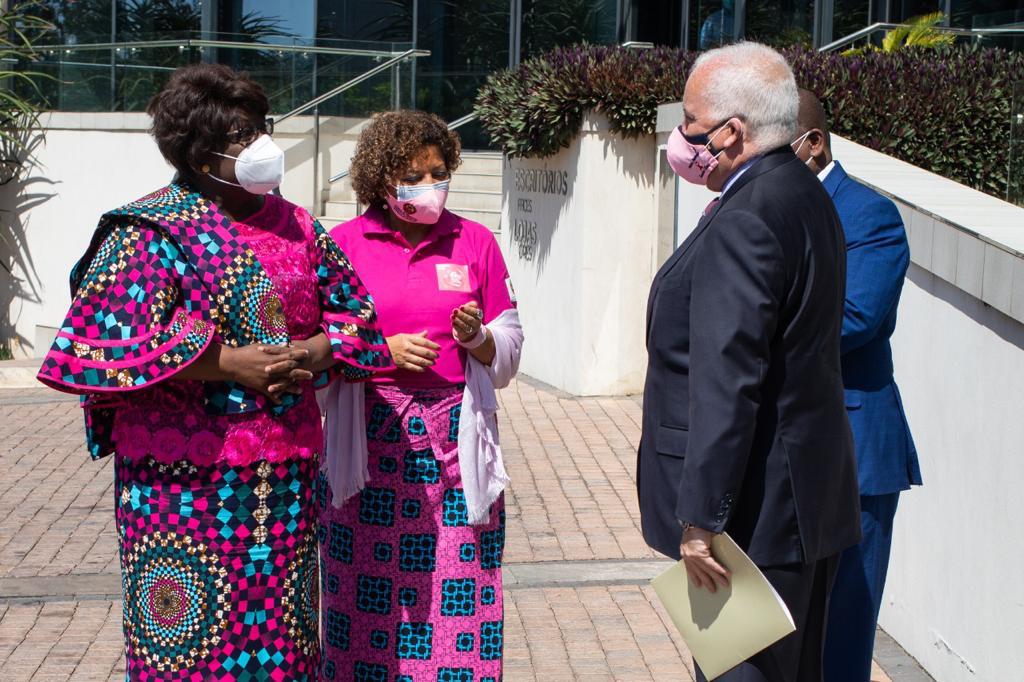 Your Excellency, Dr. Isaura Ferrão Nyusi, First Lady of the Republic of Mozambique,

Your Excellency, Dr. Armindo Tiago, Minister of Health of Mozambique,

It is a true honor to speak at today’s commemoration of Pink October and recognize both the commitment of her Excellency, the First Lady of the Republic of Mozambique and the progress Mozambique has made in preventing and treating cancer.  Dr. Isaura Ferrão Nyusi: your personal dedication to the fight against cancer has been nothing short of extraordinary.  Minister Tiago: I’d like to congratulate you for your exceptional leadership in the fight against cancer while simultaneously managing the HIV epidemic and COVID-19 pandemic.

Cancer, in any form, is a tough disease.  Worldwide, it is breast cancer that is most common in women. But in Mozambique, it is cervical cancer that takes the lives of far too many women.  Every year 3,400 Mozambican mothers, sisters, and daughters die from cervical cancer.  That is 3,400 too many.

Mozambique, like many countries in the region, has higher rates of cervical cancer due to the HIV epidemic.  HIV-positive women are estimated to be five times more likely to get cervical cancer, a disease that is preventable and treatable, if diagnosed early.  The United States is a longstanding partner in Mozambique’s efforts to combat HIV.  This year alone, we are investing more than $420 million dollars to support HIV programming, through the U.S. President’s Emergency Plan for AIDS Relief (or PEPFAR), of which $5.5 million dollars is being directed to cervical cancer prevention and treatment.  This funding is used to increase the number of clinical personnel at health facilities, purchase cancer screening and treatment equipment, and provide on-going technical assistance to improve early detection and treatment.  The partnership between the United States and Mozambique has been instrumental in turning the tide on these diseases.

And the results of this partnership are remarkable. In 2021, more than 160,000 women living with HIV were screened for cervical cancer and more than 9,000 of these women were treated.  In other words, 9,000 mothers, sisters, and daughters are living productive and healthier lives.

Our goals are ambitious and our commitment is strong.  But the most important way to reduce the rates of cancer is to get screened, particularly those who are HIV-positive.  Routine screenings are incredibly effective because they catch the disease early, allowing more time for the treatment necessary to live a long, healthy life.  When we all do our part, these deadly diseases do not stand a chance.

During this Pink October, Breast Cancer Awareness Month, I want to reiterate the commitment of the American people and the United States government to ensuring equitable access to life-saving health services in Mozambique and around the globe.  Thank you very much.  Estamos Juntos.