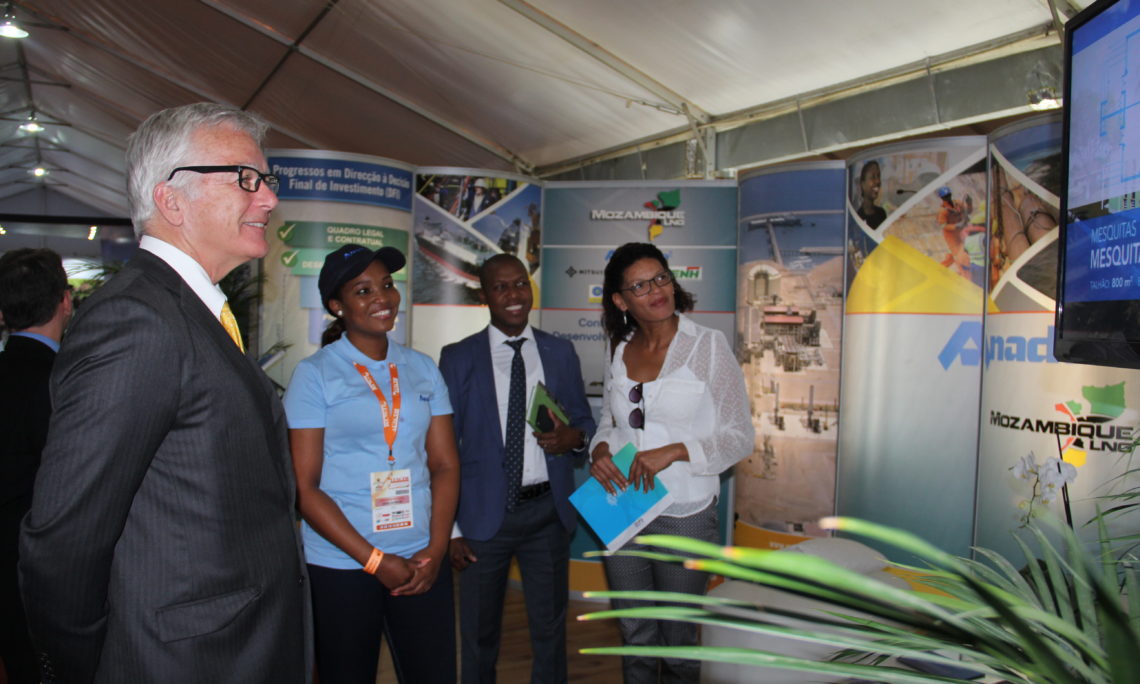 Representatives from the Government of the Republic of Mozambique;

Representatives from the private sector;

I am pleased to have the opportunity to participate in this year’s FACIM Mozambique International Trade Show.  Like FACIM, the U.S. Mission seeks to promote trade, stimulate production and consumption, further integrate Mozambique into the world economy, and, most especially, increase trade between Mozambique and the United States.  Following my brief opening remarks, you will have the opportunity to hear directly from two parts of the U.S. Embassy, which have their work directly focused on these goals — the U.S. Foreign Commercial Service and the U.S. Agency for International Development.  My Foreign Commercial Service colleague will speak directly to how Mozambican companies can best position themselves to take advantage of partnerships with American companies, while my colleague from USAID’s Support Program for Economic and Enterprise Development (SPEED+) program will offer an overview of the ways in which that key development assistance program is working in partnership with Mozambican stakeholders to increase trade and investment, the competitiveness of Mozambican firms, and local job opportunities and incomes.

For my part, I wanted to speak directly to the critical role that I believe the African Growth and Opportunity Act or AGOA can play both in increasing trade between our two countries and stimulating private sector development in Mozambique.  In May of 2000, the U.S. Congress passed as the first version of AGOA which provided eligible African countries with unprecedented, duty-free access to the American market for a significant number of their export products.  AGOA’s tremendous success in improving economic relations between the United States and Africa, in using trade incentives to increase foreign and domestic investments in African countries, in creating African jobs, and in stimulating economic growth in beneficiary countries has led Congress to renew this legislation twice on a bipartisan basis – an historic endorsement of the concept of using trade to stimulate development.

Following AGOA’s implementation, U.S. imports from sub-Saharan Africa have tripled, totaling $25 billion annually in 2017, with over half those imports benefiting from AGOA duty-free access into the U.S. market.  Unfortunately, most Mozambican companies do not take advantage of the duty-free trade opportunities available through AGOA.  Mozambique’s exports to the U.S. in 2016 were over $100 million, but exports taking advantage of the AGOA program were just $1.4 million or less than 2% of total exports. And while the value of AGOA exports grew to $2.8 million – a 96% increase from 2016 –, the reality is that Mozambique still has a long way to go in fully utilizing the program.  Bottom line is that for those of you contemplating exports to the United States in the coming years, I would strongly encourage you to familiarize yourself with the AGOA program ahead of time, so as not to miss out on the competitive edge that your products could enjoy in the U.S. market through duty exemptions.

So who is taking advantage of AGOA?  Your neighbor.  Excluding oil, South Africa accounts for 86% of all AGOA exports to the United States.  Since 2000, South Africa has increased its exports to the United States threefold, primarily in the industrial and agricultural sectors, with South African agricultural exports increasing nearly sevenfold since 2001 to $278 million in 2017.  South Africa’s citrus industry, for example, supports almost 85 thousand jobs.  Last year, South Africa exported $49 million worth of macadamia nuts, an industry that supports more than four thousand jobs.  These South African companies have learned to take full advantages of AGOA to penetrate, and compete in, the American market.

The Embassy and our counterparts in the Mozambican government want Mozambican companies to do the same.  To achieve that goal, Mozambique launched its own AGOA Utilization Strategy, last May, which seeks both to identify specific opportunities for Mozambican companies under AGOA and to companies in those sectors to strategize on how to best use AGOA to break into the U.S. market.  The Embassy enjoys a close and continuing partnership with the Ministry of Industry and Commerce in this effort.

So what are the sectors in which we see the greatest AGOA export potential?  Allow me to offer a few examples.  First, is the organic agricultural market.  The United States is the largest organic agricultural market in the world, consuming nearly half of all global agricultural products.  Second, is the pineapple industry.  Pineapple consumption in the United States has increased significantly over the last decade to more than 1 million tons valued at $726 million in 2015 alone.  With the duty-free status offered by AGOA, the U.S. market is a lucrative prospect for the nearly 67 thousand tons of pineapple produced each year in Mozambique.  Third, is the fish and shellfish industry.  As we all know, Mozambique is endowed with rich fishery resources and its products are in demand not only in the United States but globally.

So how do we transform these opportunities into AGOA export successes?  First, we need to identify existing Mozambican producers.  To that end, the Embassy is working with Mozambique’s Agency for Investment and Export Promotion (APIEX) to compile a database of Mozambican producers of specialty foods that could break into American markets.  Second, Mozambique’s nascent agricultural sector will need to enhance its production capacity and bring its supply chain and processing infrastructure up to U.S. standards.  For that, the industry requires investment and partnerships – both of which American business is well-positioned to provide.  As my Foreign Commercial Service colleague will discuss, the Embassy has a number of programs to assist Mozambican businesses identify and tap into the wealth of American companies seeking partnerships, equipment/technology export, and investment opportunities in this and other sectors.  Third, one of the largest challenges hindering greater trade links between Mozambique and the United States is the high cost of ensuring accredited food safety and other international certification requirements for food products. Through SPEED+ and other programs, the U.S. Embassy is working with the Mozambican government and private sector to find cost-effective ways to enable these certifications.  Finally, for any fisheries exports to succeed, Mozambique will need to take steps to comply with U.S. regulations, specifically those related to the use of Turtle Exclusion Devices (TED), which currently prohibit many Mozambican fisheries products from entering the U.S. market.  The Embassy is committed to working with Mozambique’s Agency for Investment and Export Promotion (APIEX), the Instituto Nacional de Normalização e Qualidade (INNOQ), and the National Institute of Fish Inspection to bring Mozambican fishing companies into compliance with this U.S. regulation.  While these challenges may seem dauting, we’ve seen similar AGOA utilization projects work well in South Africa, Eswatini, and Zambia, and I am confident that through joint efforts we can also achieve success here in Mozambique.

In closing, I want to stress that the U.S. government’s commitment to helping Mozambique improve its competitiveness in trade and business extends beyond direct exports to the United States.  The Embassy is equally committed to working with Mozambican partners to increase intra-SADC trade and allow Mozambican companies to participate in improved regional value chains.  For example, Mozambican textile companies can and should be selling to large South African regional retailers such as Pick n Pay, Woolworths, and SPAR.  To that end, our Trade and Investment Hub has already initiated work to  build the connections and begin the policy changes necessary to enable this regional value chain to flourish.  Because of this work Mozambican textile firms are already in discussions with Pick n Pay on regional export contracts.  The United States firmly believes that a Mozambique with a strong and diverse regional export industry will be even better positioned to make maximum use of the benefits offered under AGOA.

AGOA represents an opportunity for Mozambique.  And the implementation strategy signals that the Mozambican Government is serious about using AGOA to better compete in regional and global markets.  Better access to American markets and new partnerships between American and Mozambican businesses are not just building blocks for a brighter future for the Mozambican economy, but also for the Mozambican people.  We are proud to stand with our colleagues from the Government of Mozambique and the private sector to make that future possible.