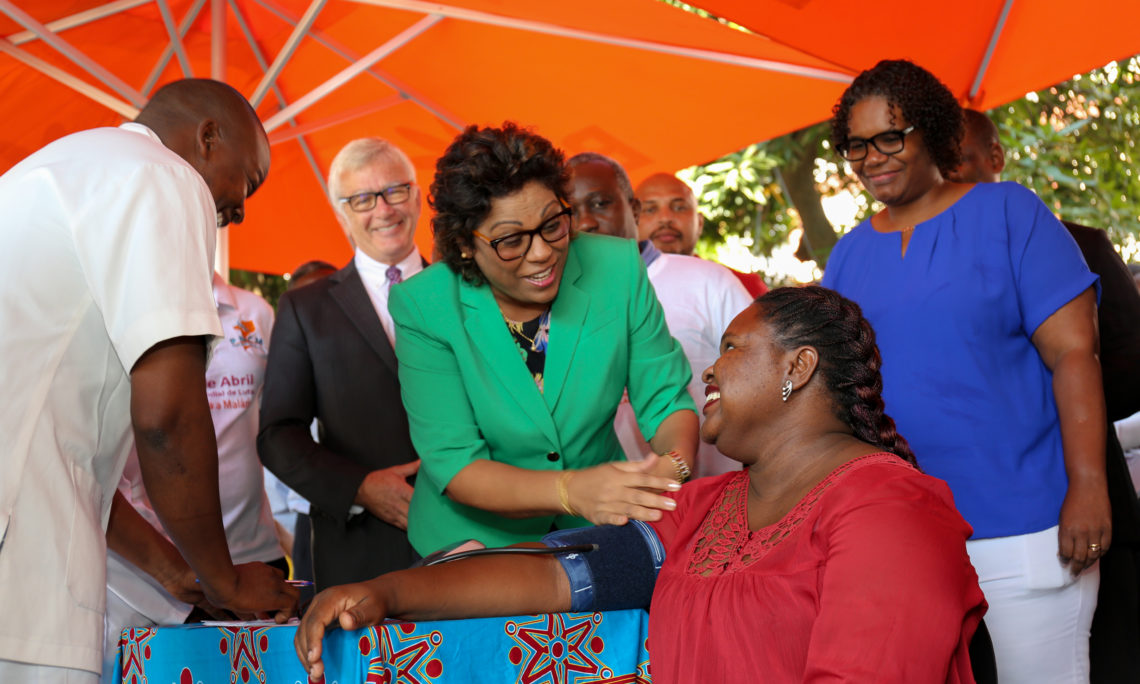 Since 2007, the United States Government, through the U.S. President’s Malaria Initiative, has worked in close collaboration with the Global Fund, United Nations agencies, and other partners to support the Ministry of Health of Mozambique in its efforts to control malaria.

It is a great honor for me to participate in this celebration of World Malaria Day and to recognize the accomplishments of Mozambique, particularly the Ministry of Public Health, in their efforts to reach a Malaria Free Mozambique.  The World Malaria Day motto, “Ready to beat malaria” (“Preparados para vencer a malaria”), is therefore very fitting.

This year we come together to mark the important progress that has been made in the fight against malaria and to recommit to reducing malaria infection in Mozambique.  The Minister and I were together in Maputo last year to celebrate World Malaria Day and to commit ourselves to redouble efforts to “vencer a malaria.”  And today as we celebrate again, I can say we are making progress!

As Mozambique celebrates World Malaria Day today, the country has much to be grateful for.  Under the leadership of the Ministry of Health and its National Malaria Control Program, Mozambican authorities and the communities they serve have reduced one of the world’s highest child mortality rates by 37 percent, in great part due to the country’s combined success in reducing malaria morbidity and mortality.  Much of this success can be traced to increases and improvements in access, supply and quality of malaria-related services and medications provided by public health clinics.

In recent years much progress has been made in the fight against malaria, but much still remains to be done. The disease is a major public health problem in Mozambique and a critical barrier to economic development. Malaria impacts children and adults – leading to absences from work, and keeping children home from school. Malaria is both a cause and a consequence of poverty, with the poorest families facing the most difficulty in preventing and controlling the disease.

Malaria is not unique to Mozambique, and causes similar problems in countries all over the world.  However, due to an increasing number of insecticide-treated nets being distributed, and more individuals receiving diagnosis and treatment, in the last sixteen years the worldwide number of deaths by malaria has fallen by approximately 66 percent in all age groups, and by approximately 71 percent in children under five. These developments show a strong political commitment by country governments – including the Government of the Republic of Mozambique- and national and international partners.   We are making progress!

Since 2007, the United States Government, through the U.S. President’s Malaria Initiative, has worked in close collaboration with the Global Fund, United Nations agencies, and other partners to support the Ministry of Health of Mozambique in its efforts to control malaria. For example, this fiscal year the U.S. Government has assisted the Government of Mozambique in the fight against malaria by supporting the national purchase and distribution of approximately 1.6 million bed nets, 8 million rapid diagnostic tests, indoor residual spraying to protect over 1.9 million people, and other activities.

Simultaneously, and of equal importance, the U.S. Government is strengthening health systems and building the skills of multiple cadres of health workers. It is also supporting communities to improve use of malaria prevention and treatment through Peace Corps volunteers and community-based organizations.

The U.S. Government is continuing to support malaria prevention and control throughout 2018. Through strong coordination among partners, we can all contribute to the reduction of malaria and ensure a healthy future for more individuals. In addition to our partnership with the Ministry of Health, we are encouraged by growing investment in malaria prevention by private sector partners such as Exxon-Mobil. We look forward to further strengthening investments in the health and welfare of students, workers, and the broader Mozambican population to beat malaria.

I would like to take this opportunity to once again thank the Government of Mozambique and, in particular, the Ministry of Health, for its continued commitment to intensifying efforts to beat malaria. Thank you.