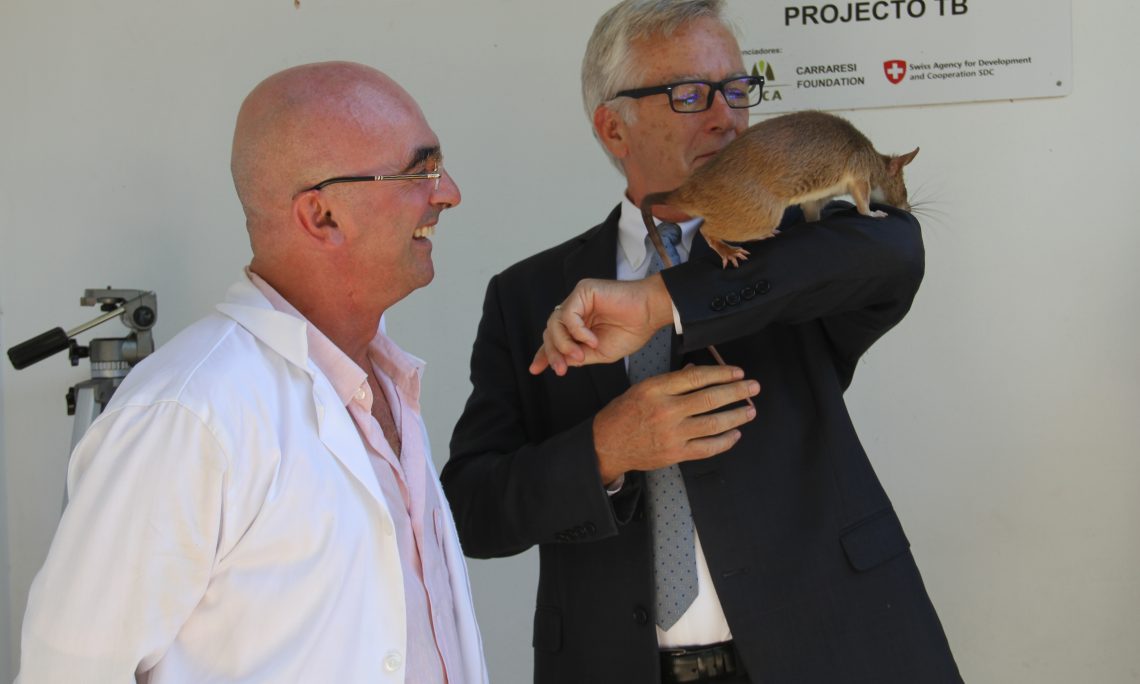 APOPO Project trains rats to detect tuberculosis. These rodents take a few hours to detect the disease, when a laboratory takes four days.

To observe World Tuberculosis Day, Ambassador Dean Pittman and English Club facilitators from the Martin Luther King Jr. American Cultural Center visited the APOPO offices, met some of the four-legged partners in detecting TB, and saw a demonstration of how the rats do their work.

APOPO has trained giant pouched rats, which are indigenous to Southern Africa, to detect tuberculosis by smell.  This same kind of rat was previously used to detect land mines in Mozambique and elsewhere.  The rats have an extremely keen sense of smell and by using food as a reward, researchers are able to train them to detect particular smells and to alert their human partners.

The TB rat program manager, who is a professor at Vanderbilt and University of Washington, in the United States, demonstrated how, by using the rats, APOPO is able to help Mozambican health authorities test samples for tuberculosis.  The rats can do in 10 minutes what it would take humans in a lab four days to do.  Tuberculosis is a treatable disease, so detection is key in getting people treatment and in stopping them from spreading TB to others.

In recognition of World Tuberculosis Day, Ambassador Pittman also wrote an op-ed that was printed in several newspapers.  You can read the op-ed here.