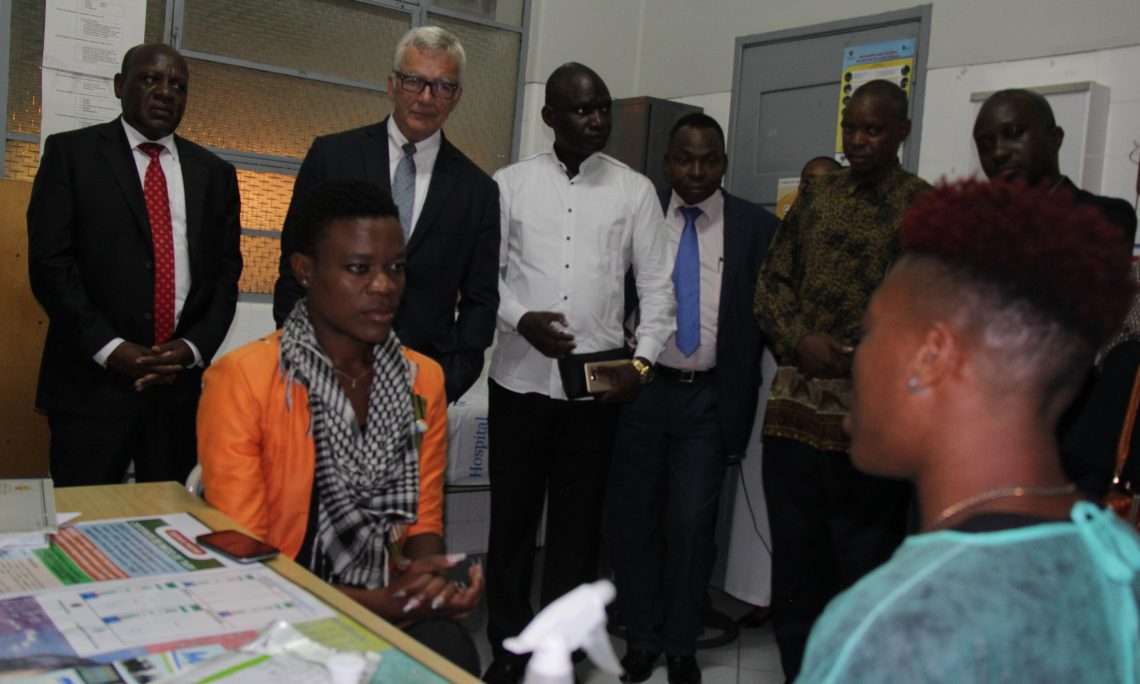 On April 6, Ambassador Pittman joined with representatives of the Government of Mozambique at the Port of Maputo Health Center to launch the PEPFAR-funded project, Integrated HIV Prevention and Health Services for Key and Priority Populations, known as PASSOS.  PASSOS is a five-year project that aims to provide integrated, comprehensive, and friendly HIV/AIDS prevention, care, and treatment for those most at risk, known as key or priority populations.

Port of Maputo Health Center is one of many public health facilities providing services as part of the project.

One of the sad facts of HIV is that those who are most at risk for infection also face the most stigma and barriers to obtaining needed services.  Female sex workers and men who have sex with men are among those groups who will benefit from this program.  The goal of the project is, quite simply to improve the health and HIV outcomes of these groups.

UNAIDS has estimated that as much as 30 percent of newly infected people in Mozambique are female sex workers, their customers, or their regular partners, and a 2011 study of men who have sex with men in urban areas of Maputo showed approximately 8 percent HIV prevalence among this group, demonstrating the importance of ensuring members of key populations have access to care.

PASSOS is budgeted at $19.5 million over five years and will be implemented in eight provinces: Maputo City and Province, Gaza, Sofala, Manica, Tete, Zambezia and Niassa.  At the launch, Ambassador Pittman had the opportunity to observe a demonstration of peer-to-peer education.  These educators, who are themselves members of key populations, are trained to educate their peers about HIV/AIDS prevention and to assist them in getting the health services they need.

Stigma and discrimination is one of the major obstacles to ending the HIV epidemic in Mozambique.  Our common goal along with the Government of Mozambique is ending stigma and discrimination and removing barriers to the access of services.  The United States Government has also been working with MISAU to include humanized care and treatment of key populations in national protocols and guidelines for care, treatment and follow-up.