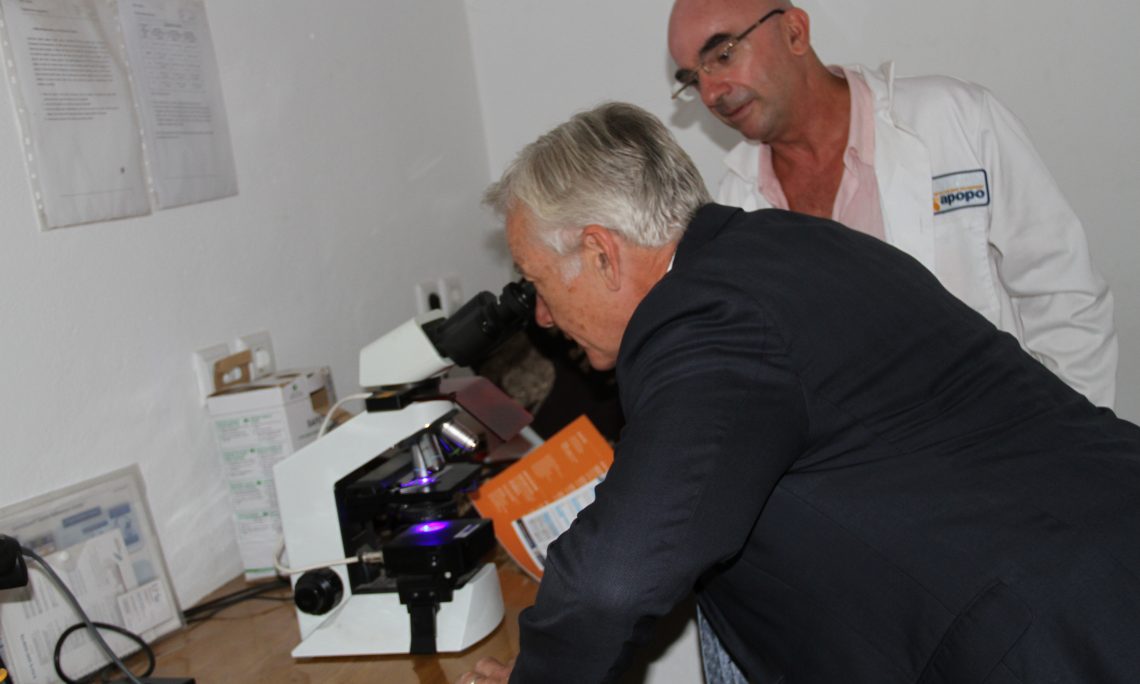 APOPO Project trains rats to detect tuberculosis. These rodents take a few hours to detect the disease, when a laboratory takes four days.

More than a century ago, in 1882, German doctor Robert Koch announced the discovery of the TB bacillus, the bacteria that causes tuberculosis (TB).  At the time, TB killed one in seven people worldwide.  Koch became known as the Father of Bacteriology, and his discovery made possible the development of a cure for this dreaded disease.

Today we mark Koch’s discovery through the commemoration of World TB day.  It is a day to reflect on the importance of research and scientific discovery in treating the ailments that plague humanity.  I wish it were a day on which we could celebrate the defeat of tuberculosis, but sadly, in many countries, including Mozambique, TB is still a scourge that kills far too many people.

The World Health Organization (WHO) has estimated that in 2015 there were over 10 million new cases of TB and nearly 2 million deaths worldwide from the disease.  Mozambique is one of the most severely affected countries in the world with more than 150,000 new TB cases and an estimated 54,000 deaths from the disease in 2015.

Just as in other countries with an HIV epidemic, in Mozambique, TB disproportionally affects people living with HIV.  Over half of all TB patients are also infected with HIV, demonstrating how closely the epidemics are linked and why our response must also be coordinated.

The United States government has provided direct technical assistance to the National TB Program in Mozambique for nearly 10 years, focusing on the early diagnosis of TB cases, the integration of TB/HIV services, and the diagnosis and treatment of drug-resistant TB.  In collaboration with our partners, the United States has provided financial and technical assistance to the Ministry of Health to support the implementation of testing at health facilities and support to improve the capacity of two regional laboratories to provide crucial testing and research.

Over the last year, TB programs funded by the U.S. Government and implemented in partnership with the Mozambican Ministry of Health supported training for more than 1,200 community health volunteers and nearly 800 health workers.  Our support enabled 60,000 people to learn that they were infected with TB, which allowed them to seek life-saving treatment to cure themselves of this deadly disease and prevent its spread to their family members, friends, and neighbors.

One of those is João.  João is 21-years old and was born HIV-positive.  He started HIV therapy at 16, but he hadn’t been taking his medication regularly.  He had begun to feel sick, with no energy or appetite.  He was waiting for medical attention when a U.S. Government-trained cough officer noticed him and immediately sent him to TB screening. A cough officer is a health worker who serves as a first point of contact for patients to screen them, provide information on cough hygiene, and fast track them to testing.  João was diagnosed with multi-drug resistant TB, and after a six-month hospital stay, he is grateful to be at home recovering with his family.

There are many such stories in Mozambique and throughout Africa. The HIV and TB epidemics do not respect borders.  To be effective our response must be a truly global one, and it must represent a partnership of governments, civil society, affected communities, researchers, the private sector, and international development agencies.

While we have come far, there is much to do.  On this day we remember the lives that have been lost to TB and the untold suffering of the millions of people that are affected by this disease.  But let us also remember that TB is a CURABLE disease.  Working together we can treat and defeat TB.  So today, let us recommit ourselves to the work that must be done to bring this epidemic under control.

The United States has made these investments because we believe in a united global response against TB.  We are confident that through our  partnership with Mozambique, we can, in the words of the WHO, stand “United to End Tuberculosis.”  It is my fervent hope that on this World TB Day we can recommit ourselves to the goal of this campaign to end tuberculosis and to ensure that we leave no person behind.