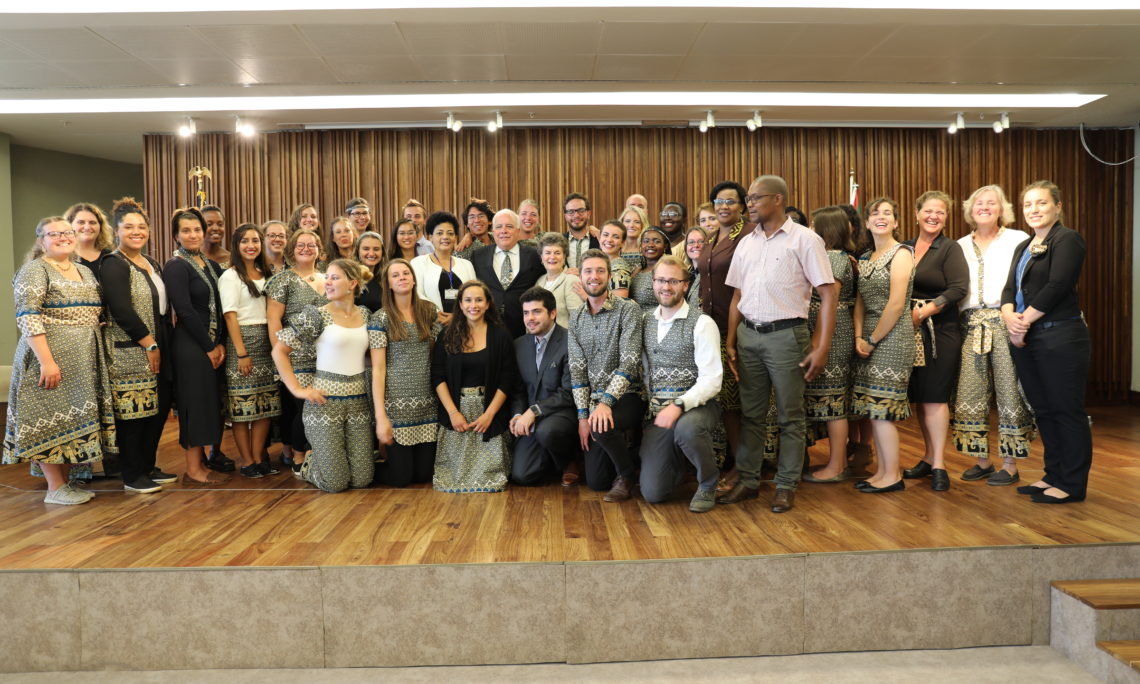 The 35 Community Health Volunteers will serve in eight provinces, working in health centers and rural hospitals, working primarily with youth on HIV/AIDS prevention and education.  Among various partners, the US President’s Emergency Plan for AIDS Relief (PEPFAR) is Peace Corps’ main partner, supporting its Community Health Program in Mozambique.  Peace Corps Volunteers will work side-by-side with their Mozambican counterparts, contributing to better youth health outcomes in the country.

U.S. Ambassador Dennis W. Hearne thanked the Mozambican people saying “I want to recognize that Peace Corps could not function without the continued support of the Mozambique staff who support and care for our Volunteers each and every day.”

The United States Peace Corps was founded as an independent government agency by President John F. Kennedy in 1961, with the objective of promoting world peace and friendship.  American citizens join the Peace Corps as volunteers ready to serve abroad for two years.  Currently, the Peace Corps works in over 60 countries, primarily in the health and education sectors.  The Peace Corps works in Mozambique in these two sectors at the invitation of the Government of Mozambique through agreements with the Ministry of Health (MISAU) and the Ministry of Education and Human Development (MINEDH). Since 1998, over 1,300 volunteers have served throughout Mozambique.